Turkish academics fear further restrictions on freedom of opinion | Europe | News and current affairs from around the continent | DW | 17.01.2016

Following Turkey's detention of several academics on Friday, many university teachers are apprehensive about what ongoing investigations could mean for them. And they also fear for their intellectual liberty. 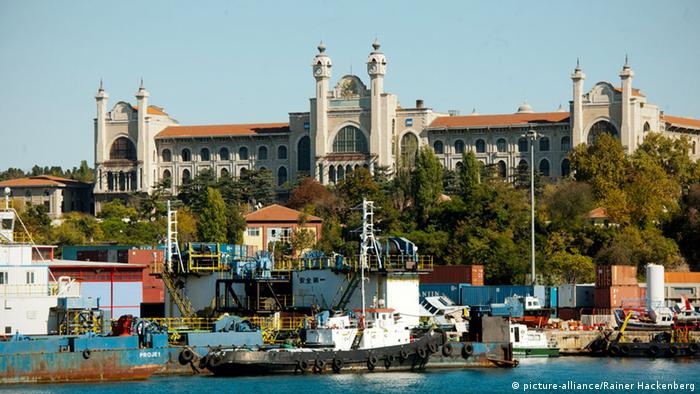 "We weren't particularly worried before last Tuesday," a part-time lecturer at a university in Istanbul - who requested to remain anonymous - confided, sipping on a latte in a trendy cafe on the Asian side of Istanbul.

The lecturer is one of 1,128 signatories to a petition titled "We Will Not Be a Party to This Crime," condemning the ongoing violence in the southeast of Turkey, and calling upon the Turkish government to return to peaceful negotiations with the outlawed Kurdistan Workers Party (PKK). While the lecturer initially thought it was just another petition - he signs several on a weekly basis - its potential consequences became apparent when 27 academics were detainedFriday morning, and several others, including him, had investigations opened into their political activities.

"Now we're worried about our personal lives," he said. "What happens if we are arrested? What happens to our families, our loved ones? Our future?"

Many of those detained and under investigation are accused of insulting the Turkish nation and promoting terrorist propaganda - charges that, if the detainees are brought to trial and found guilty, could carry jail sentences of up to five years.

Criticism of the petition

Several leading politicians - including Prime Minister Ahmet Davutoglu - criticized the petition for its allegedly incendiary language and one-sidedness, saying it ignored civilian casualties from terrorist actions of the PKK and should be directed at the Kurdish militants. President Erdogan said that the academics should “dig trenches and go to the mountains” if they didn't wish to negotiate politics in parliament.

However, the signatories claimed that, with a petition produced largely by Turks, it is the Turkish government - not the PKK - that they should address.

"Why should I sign a petition which is addressing the PKK? They are not the organization I should speak to," the lecturer went on. "I'm a citizen of Turkey - and this is why I am trying to talk to the state."

In addition to concern for the civilian casualties in the southeast, many are also concerned that, if left unchecked, the violence could spread to cities in the west, like Istanbul. 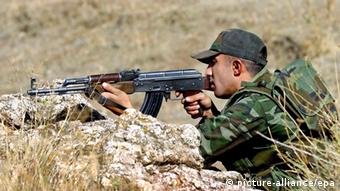 The fight against the PKK has claimed many civilian lives

"What worries me is that this is going to be a terror war," he continued. "I am worried that the violence will come to the big cities - it is already in Diyarbakir, but in the west. I am worried that there will be attacks in the metro stations and on the ferries."

While the violence is currently contained in the southeastern region of the country, western cities have experienced isolated incidents of PKK terrorism as recently as last year.

"I use the metro everyday, and I'm using the ferries every day," he said. "This is why I'm supporting a return to negotiations."

"Erdogan's government negotiated with the PKK's imprisoned leader Abdullah Ocalan for two and a half years," Behlul Ozcan, an assistant professor at Marmara University in Istanbul, echoed.

"It was a groundbreaking attempt to solve the Kurdish issue, and many intellectuals supported it."

However, in the summer of 2015, these negotiations dissolved, causing the region to devolve into armed conflict that resulted in dozens of civilian casualties on both sides. The worsening political environment made it more difficult to speak freely about the Kurdish issue, which, due to the on-again-off-again conflict of almost three decades, was already a sensitive issue.

"When I write, and speak publicly, I think, not twice, but three, four, or five times," Ozcan continued. "There is not a free environment in Turkey to speak academically about these issues."

Future of academic freedom in Turkey

However, the ongoing government pressure on academics - with the arrests being just the most recent example - has left some wondering about their future in the academy.

"The fact that everything can be this arbitrary has troubling consequences, especially for young researchers," Yusuf Salman, a researcher at Koç University whose academic work focuses on minority media and speech policies, told DW.

According to the Higher Education Council, political activity is essentially forbidden on university campuses. Multiple universities have been accused of intensely surveilling and documenting the political activities of students, and even categorizing academic candidates based on non-academic criteria. If a politically-oriented complaint is launched against a faculty member, the university has to launch an investigation.

"Considering the issues I work on and talk about, my chances of holding an academic post at a state university in the future seem to be diminishing," Salman said.