With the new year, Turkey got a new currency with a lot fewer zeros on it. The New Turkish Lira marks an end to decades of hyperinflation that, before the changeover, had a simple latte costing around four million. 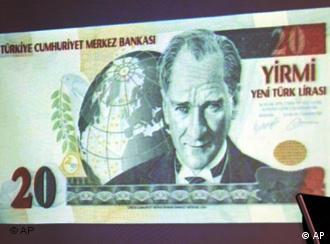 Turkey's money has shed some of those pesky digits

The new money looks quite like the old. The colors of the bills haven't changed and a picture of the founder of the modern Turkish state, Mustafa Kemal Atatürk, still graces both notes and coins. But what's missing are the six zeros on every bill, which meant almost everyone in Turkey was a millionaire or billionaire, even if they weren't rich. 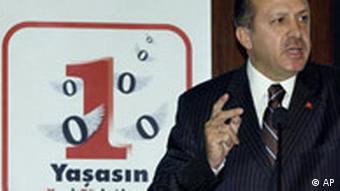 "We are very happy to have rid Turkey of such a shame, of multi-zeroed banknotes," Prime Minister Tayyip Erdogan told reporters after he drew some of the new currency from a bank machine. "We are happy to reinstate the dignity of the Turkish lira."

The sky-high denominations of Turkey's old money -- the smallest coin in general circulation was worth 50,000 -- was something of a national disgrace for the country, representing out-of-control inflation and repeated economic crises. During the 1950's, one dollar was worth 2.8 lira. But at the end of 2004, 1,350,000 lira were necessary to buy one greenback. In 2001, during one of Turkey's worst-ever economic meltdowns, inflation hit 70 percent.

"The Turkish lira has been like funny money … and now at least in cosmetic terms it will look like a real currency," Tevfik Aksoy, chief economist in Turkey for Deutsche Bank, told the Associated Press. 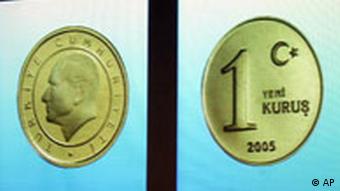 By chopping off the six zeros, coins, long almost worthless, will come back into widespread use. A small container of orange juice that once cost 1,900,000 lira will now put customers back 1.90 new Turkish lira.

While a new currency has been a Turkish goal for years, the government only put a transition program into effect last year, since for the first time in decades, the inflation level returned to single-digit territory, 9 percent.

Behind the change is Turkey's astonishing economic progress over the past few years, helped along by the country's sticking to a $16 billion (€12 billion) austerity plan put together by the International Monetary Union. It was one of the factors that helped convince EU leaders in December to open up accession talks with the mainly Muslim country this coming October.

Grappling with the new

Shoppers first got a taste of the new currency on New Year's morning, and many seemed amazed by the small denominations.

"I'm a little bit confused about the whole thing," said one woman. "I'm so used to the six zeros." 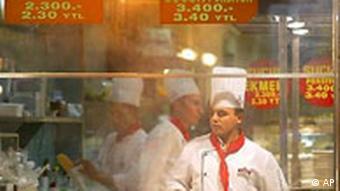 Cooks prepare food under signs that show prices in both old and new Turkish lira.

But according to financial experts, the transition has gone over fairly smoothly. Prices in both the old and new lira will be posted in stores and consumers can still use the old-style money for a year.

"Before we sold (these necklaces) for two and a half. Now we'll ask for three," said one grinning seller at an Istanbul market. "It's not a price hike, they were just too cheap before."

Ever since Germany replaced the Deutsch Mark with the Euro in January 2002, consumers have been griping about a hike in prices. A new study proves that it's all in their heads. (May 31, 2004)

Turkey Sobers Up After EU Dream

Brussels’ announcement of a date to start EU membership talks comes as a relief to Tukey, after the issue of Cyprus threatened to derail negotiations. After the initial celebration, the doubts and worries are setting in. (Dec. 18, 2004)