The Turkish military claims to have shot down a drone on its border with Syria. It is not known who the drone belongs to. 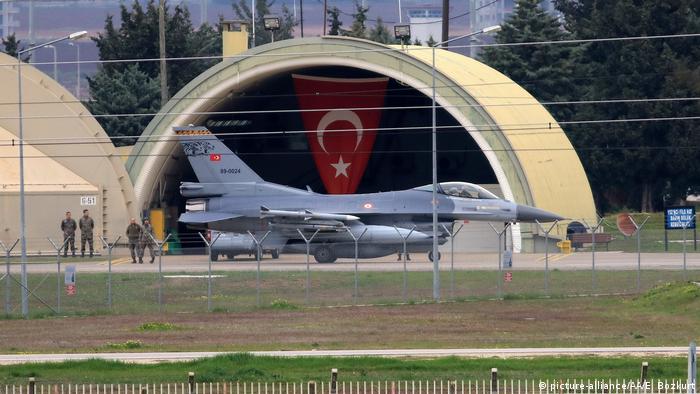 Turkey's air force on Sunday reported shooting down an unidentified drone on its border with Syria after it allegedly breached Turkish air space six times, the defense ministry said

According to reports, the unmanned aerial vehicle (UAV) reached the west of the border town of Kilis, in southeastern Turkey, around 70 kilometers (43 miles) north of Aleppo in Syria.

Two F-16 fighter jets were scrambled from the Turkish military base Incirlik which then shot down the drone.

"The wreck of the drone was found at the Cildiroba base" by Turkish authorities in the Kilis province near the Syrian border, the ministry said.

The country's ministry of defense tweeted photos of the downed drone.

The origin of the drone has not been determined, the ministry added.

Russian Foreign Minister Sergey Lavrov has criticized the US military's expanding combat role in Syria, calling it "counterproductive." The US began its first armed drone missions out of Turkey last weekend. (04.08.2015)

A Turkish drone has been destroyed by forces loyal to Libyan warlord Khalifa Haftar near the country's only functioning civilian airport, his militia said. Turkey had previously threatened to attack the group. (30.06.2019)