At least 16 people have been killed after a truck carrying villagers to church overturned on a mountain road in northern India. Police said that the driver lost control after hitting a concrete barrier. 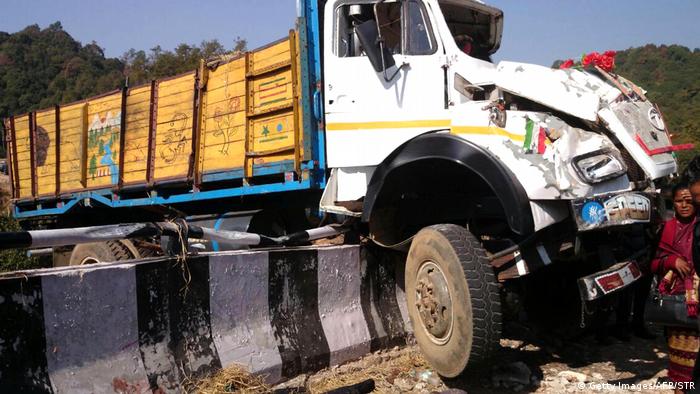 The truck was transporting worshipers from three small towns to a local church when it crashed on Sunday in the remote West Khasi Hills district in the state of Meghalaya, Indian authorities said.

"The survivors have told us that the truck driver was rash and lost control of the vehicle," police superintendent Sylvester Nongtnger told the AFP news agency. "After it overturned, many people fell into the deep gorge in this hilly region," he added.

Local officials said that the crash killed 16 people and injured more than 50 others. "We rescued everyone from the accident spot and rushed them to hospital, but many of the survivors have serious injuries," Nongtnger said.

State official Arun Kembhavi said that the driver apparently lost control while speeding in a sharp bend, causing him to hit a concrete barricade. India's roads are among the most dangerous in the world, with poorly maintained traffic connections, malfunctioning vehicles, and reckless drivers causing more than 150,000 deaths every year. The nation's massive railway network is also beset by problems.

Last month, a school bus collided with a truck in the northern state of Uttar Pradesh, killing 13 people, including 12 children.