In a DW interview, a conservation expert says that hunts like the one that killed Cecil the lion bring no benefit to the people of Zimbabwe. It is mostly landowners and safari companies who profit. 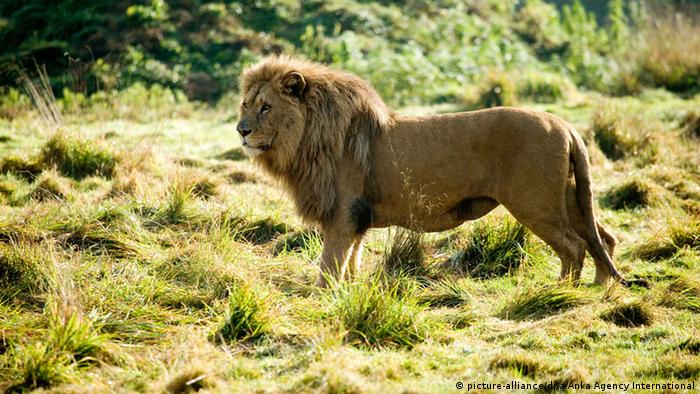 Just days after it was revealed that an American dentist paid $50,000 (46,000 euros) to hunt and kill a celebrated lion outside a national park in Zimbabwe, many people on social media are questioning why such hunts are even legal. Although the legality of this hunt is under question, it is legal to hunt and kill a lion if the proper permits are allocated and it is done within permitted areas. Such permitting fees can bring in significant amounts of money to struggling government agencies who oversee national parks and animal conservation.

In an interview with DW, Johnny Rodrigues, Chairman of the Zimbabwean Conservation Task Force, says he does not believe that trophy hunting offers any benefit to the people of Zimbabwe, the animals or the national parks. He contends that such activities actually hurt the one thing that does bring revenue into the country: tourism.

Johnny Rodrigues: Well it all ranges. There is a quota for the area that you are to hunt in. You go to the National Parks office and they will tell you what the quota is and what is the offtake and whether there is a permit or license for the area. Once you have done that, then you go ahead and do your hunt. But nine times out of ten, the areas where they go hunting they have killed most of the animals and now the only place where there are these trophy animals is inside the park. So they lure the animals out of the park and then they shoot them. So if that area does not have a quota or a permit to hunt, then you are poaching.

What sort of fees do hunters have to pay? 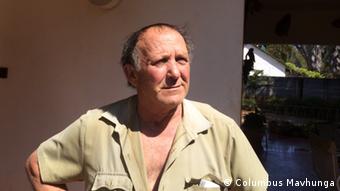 So is this big business in Zimbabwe?

It is, and a lot of people think it is sustainable but it is not. The communities are not getting any percentage or royalties of the hunt. Some people say that it does help the conservation through the fees paid to national parks but it is peanuts. The people who benefit the most are the landowner and the safari operators.

What about revenue? Does the Zimbabwean government see any of this money?

Well, they see the fees they charge for the permits and the licenses.

And is that significant?

And the people of Zimbabwe, do they derive any benefit from the activities?

No. A lot of people give the meat from the carcasses to the people and then they say that they are helping the Zimbabweans. That's not the true reflection. The people who eat the meat, within two days they are back to starving. There are more constructive ways of doing it where it is sustainable. But the trophy hunting of the endangered animals should be banned and let's work on getting the tourists back. If we have the tourists who come and see the beautiful animals that will benefit more than just a couple of people.

How easy is it for illegal hunters - poachers - to slip in and out of Zimbabwe?

It is very easy and this is the issue. They [the government] do not have the money to pay the staff. We need the tourists to be here instead of the hunters. If you poach you should go to jail or be shot on sight because there is a law that states that if you are poaching animals and you are carrying a weapon you are allowed to be killed. These laws are not being enforced. Plus they do not have the money to carry out these patrols because not enough revenue is coming in from tourism.

Opinion: Should we be glad that Cecil the lion is dead?

The killing of a well-known wild lion in Zimbabwe by a US dentist and amateur trophy hunter has spread rapidly on the Internet and sparked the public's ire. But can this have any lasting impact? (30.07.2015)

The suspect is charged with failure to prevent the killing of Cecil, Zimbabwe's most famous lion who lived in a national park. It is not known whether the American hunter who shot the lion will also be charged. (29.07.2015)

US dentist accused of killing Cecil the lion

An American man allegedly used a bow and arrow to kill one of the most famous animals in Zimbabwe, officials have said. The lion reportedly took over 40 hours to die. (28.07.2015)