Besigye was charged with treason after being arrested in Kampala the day before President Yoweri Museveni's inauguration. Treason is punishable by death in Uganda, although no executions have been carried out for years. 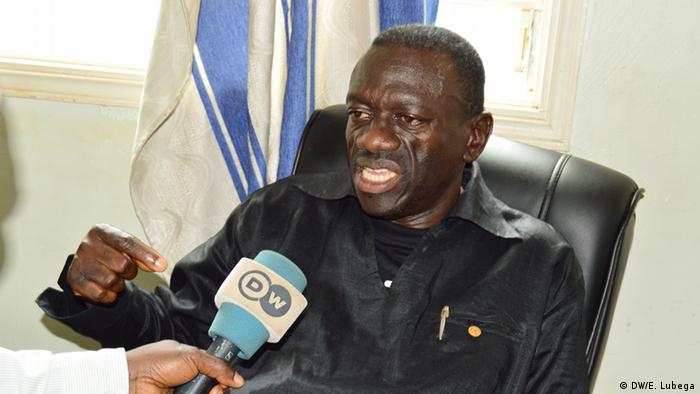 The opposition leader was charged on Friday at a court in the town of Moroto in the northeastern Karamoja region, his lawyers said.

"We have been informed by police today that Besigye appeared in court in Moroto and was charged with treason," lawyer Erias Lukwago told the AFP news agency.

Lukwago said his client had been denied legal representation, and was to remain in custody until his next scheduled appearance in court on May 25.

Besigye has been under house arrest for much of the time since February, when he challenged long-time President Museveni's victory in that month's election.

Besigye was arrested in Kampala on Wednesday after staging his own swearing-in ceremony. He has in the past been accused of both treason and rape. He has been jailed and placed under house arrest several times, in addition to suffering beatings to the point that he needed hospital treatment.

Treason charges leveled against Besigye in 2005 were eventually dropped.

Museveni, 71, who has ruled Uganda for three decades, was declared the winner of the February poll in the face of accusations of cheating and fraud, all of which he has denied. He was sworn in for a fifth term in office on Thursday.

He used the ceremony as an opportunity to mock the International Criminal Court (ICC), provoking a walkout by diplomats from the US, Canada and the European Union who were attending the occasion.

Among those at the inauguration was Sudanese President Omar al-Bashir, who attended despite international warrants from the ICC seeking his arrest for crimes against humanity.

As a member of the ICC, Uganda has the obligation to detain and turn over suspects wanted by the court.