At the 2011 Bayreuth Festival, baritone Michael Nagy sang the part of Wolfram von Eschenbach in "Tannhäuser." The singer spoke with DW about taking part in the legendary opera event. 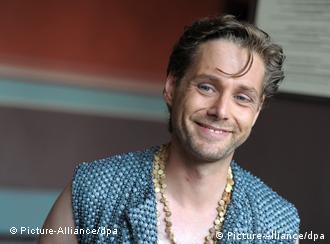 Michael Nagy, a young baritone with Hungarian ancestry born in 1976, was first a member of Berlin's Komische Oper ensemble before he moved on to the Frankfurt Opera for the 2006/07 season. There, he distinguished himself as one of the opera company's most distinctive soloists. At the Bayreuth Festival 2011, he sang the role of Wolfram von Eschenbach in a new production of the opera "Tannhäuser" to a very warm reception by the audience and critics. Deutsche Welle spoke with the singer during the festival.

Deutsche Welle: We're sitting here on the Green Hill. Unlike others performing here, you haven't been a member of the ensemble for decades. Has there been some sort of key moment for you here at this place so steeped in tradition? 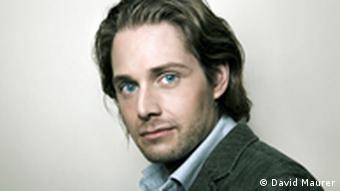 Critics and audiences applauded Nagy in his role as Wolfram

Michael Nagy: The crucial moment was auditioning in Bayreuth three years ago, when I had the opportunity to go onstage here and experience what everyone always raves about: the terrific acoustics. You stand where so many great singers have stood. And of course you're aware of the significance of this place - where not only music and opera history have been made, but also history in general. That was the real key moment. And then, during dress rehearsal this year, it really became clear how the audience and the performers onstage interact, and the interface between the music and the set. That is very special here because you perceive the audience as being very close.

You feel it, you see it: What does the audience give back to you?

Well, ideally, it's a very open and interested audience. That's shared on a meta-level - that people travel here to Bayreuth with major expectations, in search of the legend. And then of course there are the vibes that intuitively go back and forth between the audience and the artists. They're different from those felt in other opera houses. The reactions range from outrage to incredible enthusiasm. That's what every person in theater hopes for - that their audience is completely open-minded about a production and ultimately responds with the full spectrum of emotions.

Opera as an art form, the "Tannhäuser" piece: Are they really relevant to our lives in this day and age?

I wholeheartedly welcome that question. I really think that not only "Tannhäuser," but many of the world's operas which were written two or three hundred years ago have meaning for our lives today. I strongly believe that the conflict between an artistically creative person and a very ordered, rigid society, as conveyed in "Tannhäuser," is a topic that will continue to preoccupy us even today. It's exciting to see how this conflict, which Richard Wagner depicted in his opera 150 years ago, comes crashing into the here and now.

What do you think of the character Wolfram? 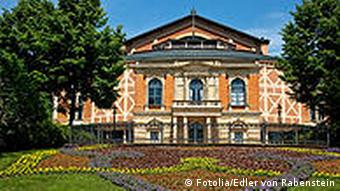 Not just music history has been made at the Bayreuth Festival Theater, says Nagy

I really like the Wolfram von Eschenbach character because I also tend not to be the type of person who raises his hand and says, "Hello, here I am, and by the way, I'm right." He's rather reserved, observes a situation at first and then maybe reacts a little too late out of a false sense of decorum and ultimately ends up frustrated and unhappy. Things like that happen again and again. And when music theater is able to convey this topicality in "Tannhäuser" or in any other opera, then we have the authenticity that justifies music theater.

In "Tannhäuser," we have two characters who are very human and very torn: Tannhäuser himself and Wolfram. Do these figures ultimately fail at being able to deal with what's around them?

I've thought long and hard about what motivates a society to repudiate a person and not allow his return, to force him to look for relief elsewhere, to seek redemption or release from a higher authority. I think we live in a time when there's a palpable wish for something greater than ourselves. That, of course, is also the central theme in "Tannhäuser."

If you take a look at Facebook, you see that young people like to identify with archaic figures. They think it's cool to present themselves as a hero or a virtuous woman. Isn't that a good access to the world of Wagner?

That might just be the perfect way to think about expanding the audience: the very personal identification with characters onstage. They shouldn't be schematic, nor are they designed that way in the libretto. These characters live and breathe and come to terms with life on the basis of a great tradition. And tradition is a key word when it comes to Wagner. Not a tradition that allows you to rationalize and explain or excuse things, but a tradition based on rich experience. That's what motivates me, to create that sense of authenticity, to bring an archaic character to the stage today and make him comprehensible. 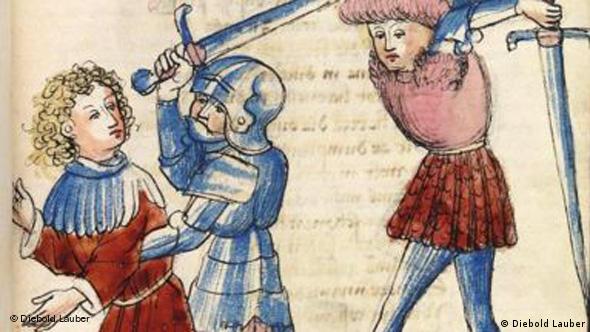 Has that been achieved in this production?

I think you could say that. This stage presentation asks a lot of questions but doesn't offer many answers. A lot is left to the viewer. I think that's just the right way on the road to authenticity.

What does tradition mean to you?

I think that tradition, particularly in Bayreuth, isn't treated with a great deal of respect nowadays. And there's been a lot of innovation recently. But I don't think that innovation per se should be an excuse for personal vanity. Without that, you can come to terms with a work of art on an artistic, professional and personal level. That's what I wish for myself, and that's what I experience here in Bayreuth.