German companies doing business in Africa are increasingly unhappy about their current situation, a poll has found. Red tape, political uncertainties and low raw materials prices are among the most critical issues. 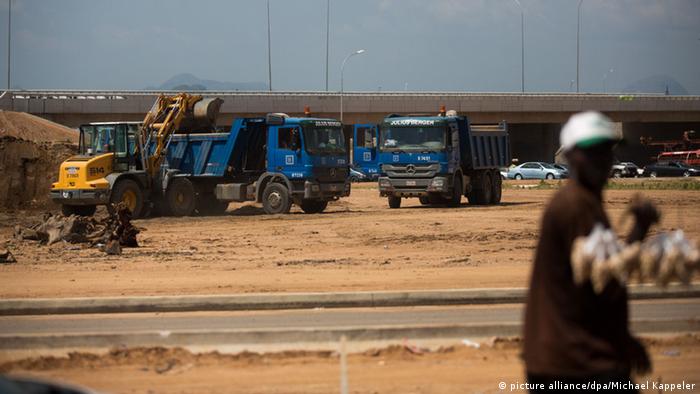 Business sentiment among German enterprises operating in Africa is deteriorating, a fresh poll by the German-African Business Association showed Tuesday.

Only 10 percent of the executives polled say their current business situation is good, compared with 35 percent of respondents calling it unsatisfactory.

That's quite a deterioration from last year when only 6 percent of those polled felt negative about their business situation in Africa, with 47 percent stating they were OK.

"The business environment in Africa was a lot more difficult in 2015 as compared with the previous years," the association's president, Stefan Liebing, said in a press release. "Low raw materials prices, political uncertainty amid numerous election campaigns, but also the strong depreciation of some African currencies have all contributed to dampening German companies' spirits," Liebing added.

Surprisingly, executives largely have positive business expectations for the whole of 2016, with only 10 percent of respondents fearing a decline in their Africa business. Liebing agrees that the prospects for above-average growth remain high on the continent.

Asked about the most interesting and lucrative African markets right now, German companies mentioned Ghana, Nigeria, Ivory Coast, Kenya and Tanzania, with South Africa dropping out of that most-favored list for the first time.

The German African Business Association is a foreign trade organization representing the interests of over 500 member companies.