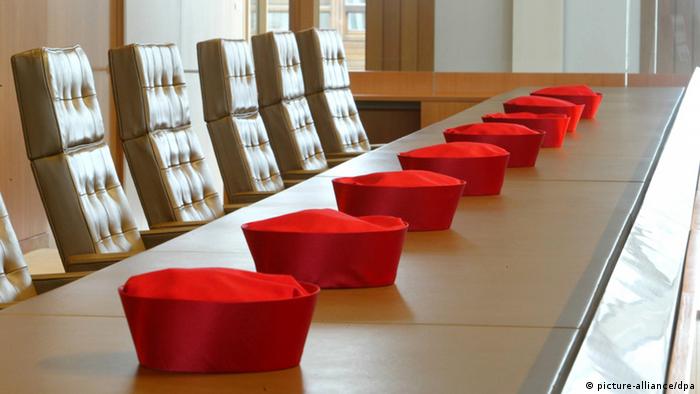 Germany's Federal Constitutional Court in Karlsruhe on Wednesday ruled that gay couples in registered civil partnerships must be treated exactly the same as married heterosexual couples with regard to land transfer tax. That is now the case in Germany, but wasn't in the past - and the court ruled that those who did not benefit from the law should be retroactively compensated.

In 2010, the law was amended to allow homosexual couples to receive the same exemption on a land transfer tax in the case of a divorce as heterosexual couples do.

The present ruling was prompted after two men, who divorced in 2009, asked the Constitutional Court to backdate the tax exemption.

The judges ruled the difference in treatment between gay couples and heterosexual couples that existed before 2010 to be unconstitutional, saying it had no legal justification.

The verdict is expected to force authorities to refund taxes to a large number of other former couples.

The tax exemption means that when one member of a divorced couple buys a piece of previously jointly-owned real estate from the other, no taxes need to be paid.

The verdict comes as Chancellor Angela Merkel's conservative ruling party, the Christian Democratic Union (CDU), is mired in a debate on whether homosexual couples should receive another tax benefit previously accorded only to heterosexual couples.

Family Affairs Minister Kristina Schröder from the CDU has backed the call.

In an interview, she said that civil partners "take responsibility for one another and practice conservative values."

Other CDU politicians are opposed to the idea, with aides to Finance Minister Wolfgang Schäuble quoting him as saying there was "no need" to change the law.

Volker Beck, a parliamentary leader of the Green party, on the other hand, has called for Germany to go further and grant homosexuals the right to marry, rather than having so-called civil partnerships.

"Two separate legal tracks to achieve the same thing is too much bureaucracy," he told radio station Deutschland Radio Kultur.

Germany has allowed homosexual civil partnerships since 2001. Their legal status differs from that of marriage on several counts, notably with regard to some aspects of income tax, and adoption.