Australian cyclist Paige Greco got the Tokyo Paralympics off to a flying start with a gold medal and world record. After a year's postponement and Tuesday's opening ceremony, Wednesday sees the real action start. 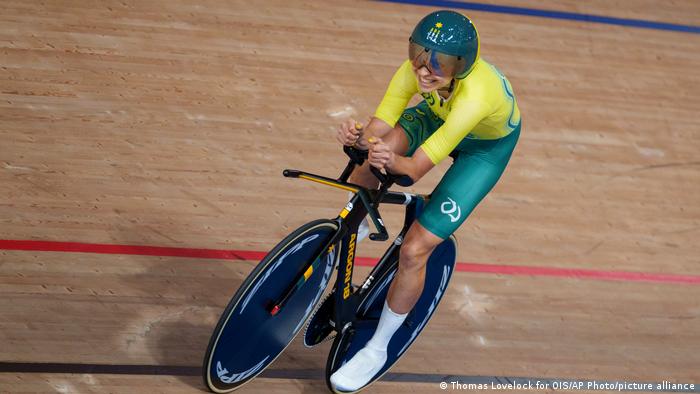 The first gold of Paralympics Tokyo 2020 went to Australia

Paige Greco shaved eight seconds off a world record she had set just hours earlier to win the first gold medal of the Tokyo 2020 Paralympics for Australia.

Her victory in the C1-C3 class 3,000 meter individual pursuit, came at the expense of China's Wang Xiaomei, who had to settle for silver despite breaking the world record herself in qualifying.

"It feels amazing," Greco said. "I still can't believe it. I keep looking down and seeing (the gold medal). It's not really sunk in yet.''

Greco was born with cerebral palsy, which mostly affects the right side of her body. It was her first Paralympic Games medal.

Like all the athletes at this Games, Greco has had to wait another year to compete for her medal after the Paralympics were postponed for 12 months as a result of the coronavirus, with cases now surging once again in the Japanese capital.

The 35-year-old, nicknamed the Killerbiene (Killer Bee), breezed past Clara Brown, of the USA, to win the bronze medal race to add a first track medal to road race silvers in Rio and London. After losing her lower leg as a child, Schindler races using a prosthesis made on a 3D printer. 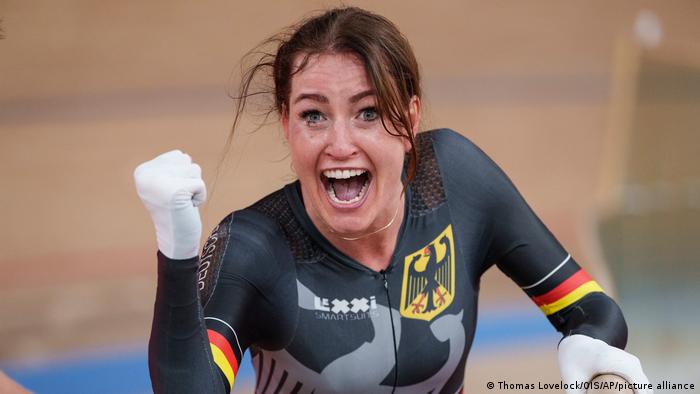 China also enjoyed a strong start, taking a clean sweep in the wheelchair fencing. Tan Shumei won women’s Category B, while Bian Jing took gold in Category A. In men’s sabre Category B, Feng Yanke was victorious while in Category A, Li Hao took gold. 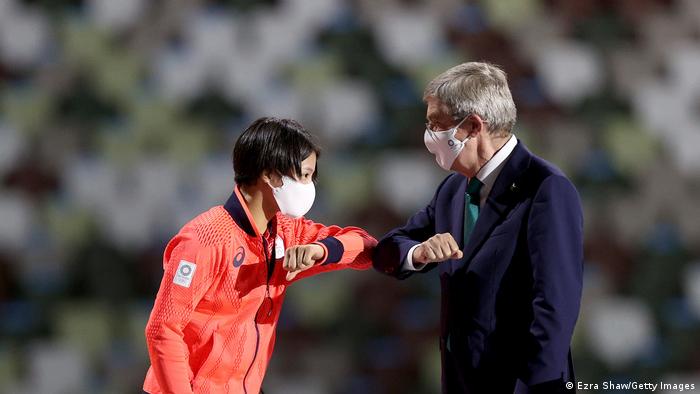 Thomas Bach has been criticized for his presence in Tokyo

"We had said over and over 'What kind of message will the Olympics send to the public?'" Dr Shigeru Omi, the immunologist who chairs the government's coronavirus advisory panel that approved the emergency plan, said in a parliamentary session.

"We're asking people to work from home more. If (IOC) President Bach needs to give a speech (for the Paralympics), why couldn't he do it remotely? Why does he have to bother coming all the way here?" Omi said in an unusual outburst for an authority figure in Japan.