To Embed or Not to Embed -- The Debate Over War Reporting

Embedding reporters with troops has become a heated topic in the world of journalism. What for some means more authenticity for others is a misuse of media. 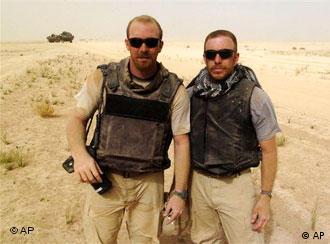 For some “embedded journalist” means that reporters put in with fighting troops can deliver authentic pictures and reports directly from the frontlines faster than ever. Reporters and photographers are thrown into the middle of the events and witness them as they happen. But are they also a part of military strategy?

“If the official briefing is reported live you can be sure it is done in way to persuade the other party to behave in a certain way,” said Ulrich Tilgner, one of Germany's most widely known television reporters.

“That means that everything we saw during the Gulf War or everything that journalists have broadcast then was part of the US strategy without any one of us fully comprehending that then.”

Criticism and praise for the embedded 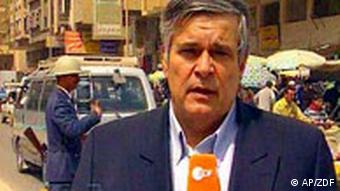 Reporter Ulrich Tilgner is a critic of the embed program

Tilgner has been reporting from war and crisis areas for a decade and is one of the journalists critical of his embedded colleagues.

Hedrik Zoehner, Spokesman for the German Journalist Union, is another critic. Zoehner believes that in some cases embedded journalists who did not involve themselves with the Pentagon's propaganda games were able to provide critical and authentic reports, “which were part of the overall story of the Iraq war”, said Zoehner.

“Nevertheless no viewer can exclusively rely on media reports coming from embedded journalists," said Zoehner adding that the public would then only see a small part of the war.

In the beginning of the current Iraq war, 775 journalists, photographers and camera people were embedded with the troops. Each had to sign an agreement beforehand that they would not broadcast or publish everything they saw, heard or experienced.

One American officer in the Marines said at the time: “It is our job to win the war. One part of the war is the information front. Therefore, we try to dominate the information."

A difficult role for reporters 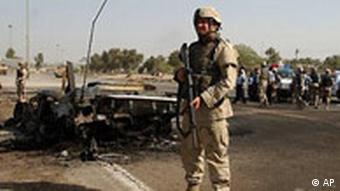 The US army continues to embed reporters in Iraq

Embedded journalists might be torn psychologically when it comes to reporting on less pleasant events that may occur or may put the troops in a bad light. Whoever survived an attack together experiences solidarity and an allegiance on a personal level that can make objective and critical reporting almost impossible.

“They” in the stories and even more so in pictures oftentimes turned into “we.” For example, the perspective of civilians was seen through the eyes of the troops.

Conference on Media in Peacebuilding and Conflict Prevention. June 2-4, 2008.