Constant buzzing, humming and ringing - 24 hours a day, seven days a week. Some 4 million Germans suffer from tinnitus, which can make life difficult. 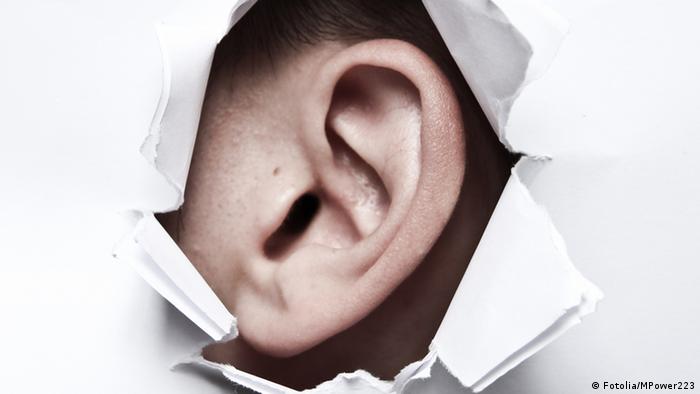 For some, it's like a pneumatic drill, while others may feel they have a washing machine throbbing inside their head. Those suffering from tinnitus - from the Latin “ringing” - are often unable to satisfactorily describe their symptoms. And no one's really able to help: For they are the only ones who can hear the sound in their ears.

"It's not an acoustic noise that can be measured," Gerhard Goebel explained in an interview with Deutsche Welle. He is the director of the German Tinnitus League, a self-help group. "Even if we disconnected the acoustic nerve, so basically separated the ear from the brain, the noise would remain. So it's a phantom sound," Goebel said.

Within the first three months, the underlying causes can often be treated. But some 250,000 people are newly diagnosed with chronic tinnitus every year.

There are two types of tinnitus: compensated and decompensated. Some 3 million Germans suffer from the compensated variety, which only surfaces occasionally. Patients register the sound but manage to compensate, or offset, it.

About a million patients suffer from the more severe, decompensated type: a relentless noise, which deeply affects the patient's quality of life.

Yet tinnitus - just like pain - is not classified as an illness, but rather a symptom. The never-ending noise can, however, result in recognised diseases, such as depression or paranoia. 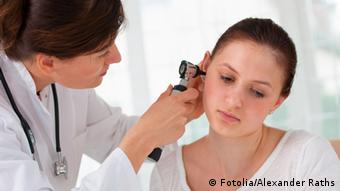 Tinnitus is classified as a symptom, not an illness

Tinnitus is often caused by continuing noise or an acoustic shock, such as an explosion. These account for a third of the cases. According to the German Tinnitus League, another major cause is stress.

Kurt Hembold used to work as a sales manager. With his exhausting, stressful job, since 1996 he's been subjected to a constant humming noise.

"Imagine you're standing under an overhead power line in summer. You can hear a very high-pitched whistling noise - that probably describes my symptoms best," Hembold told Deutsche Welle.

Since 1998, Hembold - who is in his early 70s - has been leading a self-help group in Bad Laer, a small town in northern Germany. His wife, as well, suffers from tinnitus.

It's all in the brain

Our hearing system is a very complex network, highly sensitive to disturbance. Injuries can permanently damage internal hair cells or the cochlea, which muffle sounds.

Once the inner ear is damaged, it may send erroneous messages to the brain. "As far as we know, these faulty connections are amplified in the brain. Stress and ear damage then make noises worse," said Goebel. 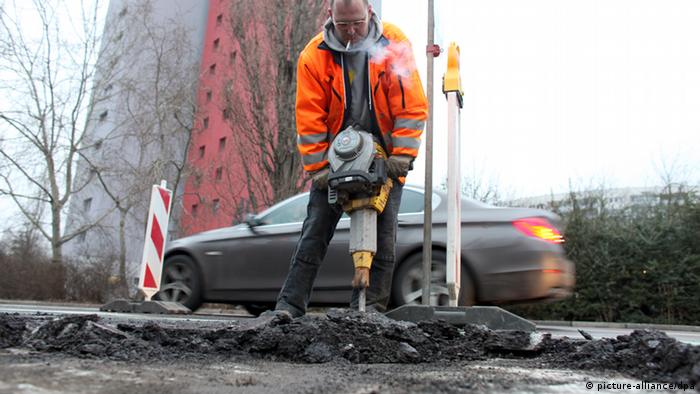 Acoustic shocks can cause tinnitus

Many diseases, such as hearing impairment, can trigger tinnitus. As people are no longer able to distinguish surrounding noises, tinnitus takes center stage.

In some cases, a hearing aid can alleviate tinnitus: as more natural sounds reach the ear, they compete with the rushing and ringing noises. It's a way distract the brain from the tinnitus, Goebel said.

Hembold has learnt to live with the humming in this head. Sometimes, when it keeps him awake at night, he turns the radio on. Complete silence is the worst, he said, because there's no other noise to distract from the humming and rushing in his head.

"It's like a candle in a pitch-black room," Goebel explained. "You're unable to ignore the light. But when I open a window or turn the lights on, then I can no longer make out the candle that well."

Many young people are unable to deal with tinnitus, Hembold says. Sometimes, young sufferers tell him that they would rather jump off a bridge than live with the symptoms. "That makes you realize the extent of their suffering."

New law tones down the roar of advertising

An employee at Bundesliga club Hoffenheim has admitted to using a high-pitched sound system to drown out the chants of visiting fans at a soccer game on Saturday. The man faces legal action for 'injuring' one of them. (16.08.2011)

A Czech biologist is trying to show how Toxoplasma gondii, a parasite that normally affects only cats and rodents, also affects adult human behavior. He's now trying to prove a damaging effect on intelligence. (28.03.2012)