More than 35,000 people have fled their homes on the Indonesian resort island of Bali after the alert status for the Mount Agung volcano was raised to the highest level, meaning an eruption was imminent. 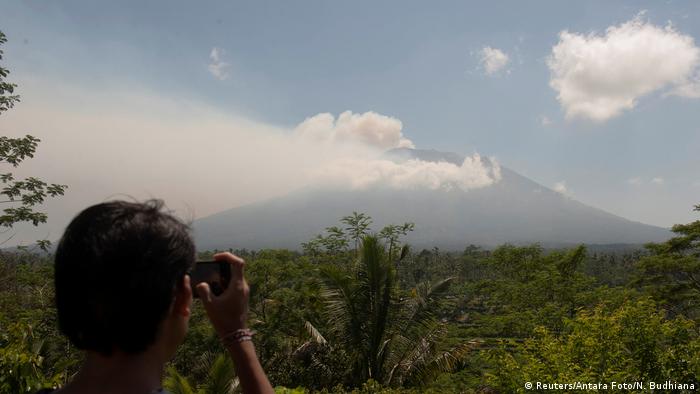 Thousands of people on Indonesia's Bali Island are taking shelter in sports centers, village halls and other temporary shelters amid warnings that Mount Agung could erupt for the first time in more than 50 years.

Tourists and residents have been warned not to camp or hike within a 9 kilometer (5.5 mile) radius of the crater after smoke was seen rising from the volcano and seismic tremors were felt in the region. The volcano is popular among local and foreign trekkers.

It was the third time in more than a week that the alert level has been raised, with the number of evacuees continuing to rise. Local authorities said an eruption was imminent but they could not give any timeframe.

"Volcanic activity remains high and there are indications of magma rising to the surface and causing tremors," said Sutopo Purwo Nugroho of the National Disaster Management Agency.

"There should be zero public activity within the specified radius in case there is an eruption," Nugroho said, adding that more than 10,000 personnel had been deployed to assist with the evacuation. 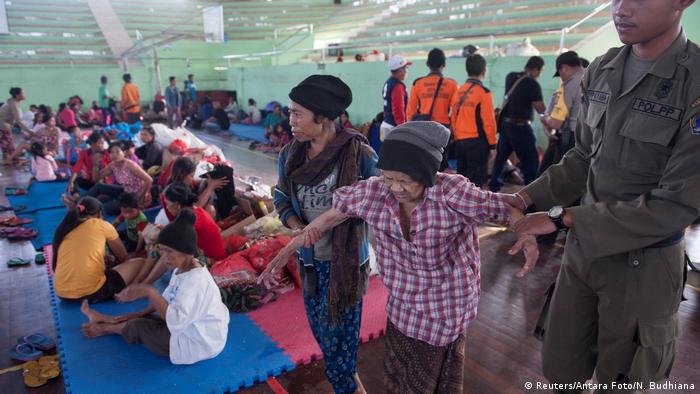 Thousands of people have been moved to temporary shelters

Thousands of locals and tourists have taken refuge in temporary shelters, sports centers and village halls. A spokesman for Indonesia's National Disaster Mitigation Agency said that 14 tons of aid had been sent to Bali, including tents, blankets, mattresses and portable communications equipment.

Flights at Bali's international airport were operating as normal and there was little disruption to tourism operators across the rest of the island.

Indonesia lies on the "Pacific Ring of Fire," where several tectonic plates meet and cause 90 percent of the world's seismic activity, according to the US Geological Survey.

The country is a home to nearly 130 active volcanoes, more than any other country.

A volcanic eruption in Indonesia has forced the closure of five airports. Flights to and from Bali were canceled in what is the popular holiday island's peak season for tourists. (10.07.2015)