This woman hasn't produced any trash in three years

The amount of trash New Yorker Lauren Singer has produced in three years fits into a small mason jar. Here's how she cut waste out of her life. 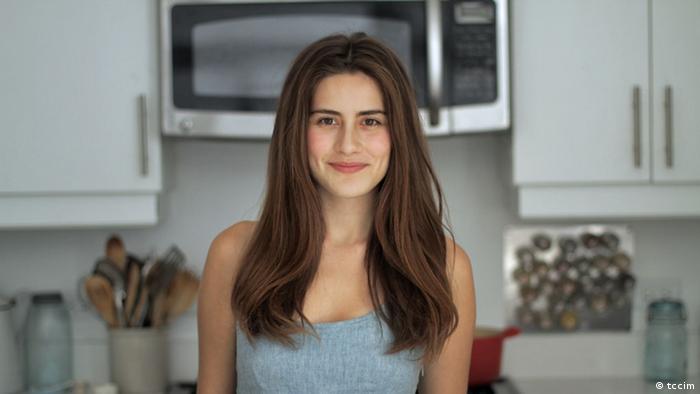 The amount of waste we produce is an environmental nightmare. The average American tosses nearly two kilograms of trash per day - that's around 730 kilos annually. A large portion of that won't be recycled and will end up in landfill or will be incinerated.

But what if you could produce little to no trash day-to-day? Sounds impossible when you consider even the fruit and vegetables in our supermarket come pre-packaged in plastic. Still, one woman in New York is doing just that.

Lauren Singer lives a "zero waste" life, meaning she does throw anything away, although she recycles and composts. Over the past three years, the rubbish she has produced fits in a #link:http://www.trashisfortossers.com/:small glass jar#. Her quest to be waste-free began at university when she joined anti-fracking protests.

"I thought I was doing such good by protesting," Singer, who studied environmental science, told DW. "But really I was being a hypocrite because I was using the oil and gas industry's biggest by-product which was plastic ... So I decided to cut plastic out of my life."

Singer found that banishing plastic wasn't easy because it's almost impossible to find alternatives in non-plastic packaging. Instead, she realized she would have to make her own products, which led her one step further to cutting all waste from her life over a period of a few months.

"Baby steps, little-by-little over time led me to where I am now," says the environmentalist.

So what does a "zero waste" life mean in practice? Singer brings a reusable bag and water bottle (non-plastic) everywhere. She's replaced Tupperware and other plastic items with sustainable, long-lasting #link:http://www.trashisfortossers.com/2013/08/zero-waste-alternatives-ultimate-list.html:alternatives# such as mason jars for carrying food, bamboo toothbrushes, and cast iron or stainless steel kitchenware.

Singer also buys her food in bulk, filling up her own jars and containers, and refuses anything disposable such as straws or plastic forks when eating out.

"I bring my own mason jar to get coffee, for example. It's little things but they actually add up and make a big trash impact," says the New Yorker.

One of the most frequent questions Singer gets is how she deals with products like toothpaste, deodorant and cosmetics that invariably come in disposable packaging. Here she uses a little creativity and makes her own. Contrary to what most people think, this saves time, Singer says.

"It's just a misconception that people have. For instance to make my toothpaste, it takes me 30 seconds. For me to leave my house, walk to the store, buy toothpaste, walk back, that's around 30 minutes," adds Singer, who uses a baking soda and coconut oil concoction.

And it saves money too. Instead of paying upwards of US$14 for a body lotion, she now spends around US$2 making her own.

Still, for those who feel they don't have enough time to make their own cleaning products, for instance, Singer has started a business called #link:http://www.thesimplyco.com/:the simply co#, which offers sustainable cleaning products in glass jars. The jars don't have paper labels, because these aren't recyclable, so are screen-printed instead. 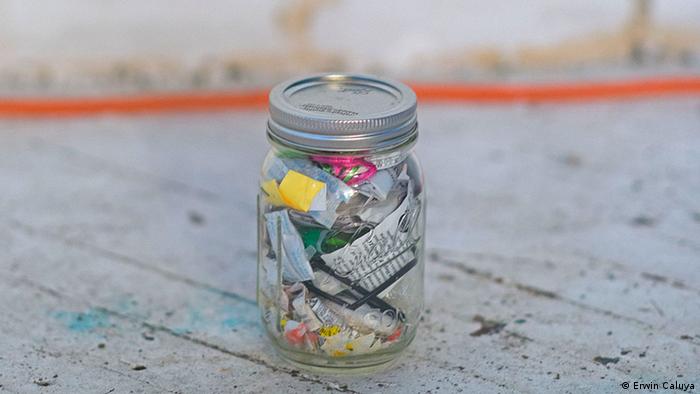 If you're thinking about cutting out or cutting down on trash, Singer advises thinking carefully about your motivation - whether it is because you care about the environment or because you want to be healthier. And, she says, don't be disheartened if something you've tried out doesn't work at first.

"Focus on the positive things, every time you try to incorporate something new, even if you fail, at least you're trying to take steps to better the earth and are putting in the effort."

One more bonus is getting rid of all that clutter. "I don't feel cluttered or overwhelmed by things or stuff, which is really freeing," Singer says. "Everyone has too much stuff where they don't know where to start and I think zero waste is actually a really great place."

Singer's Blog: Trash is for Tossers