Think tanks: Are they losing their relevance?

The University of Pennsylvania has listed almost 7,000 think tanks in its worldwide ranking. These institutions influence political decisions - but a new report says they face 'existential challenges' in the future. 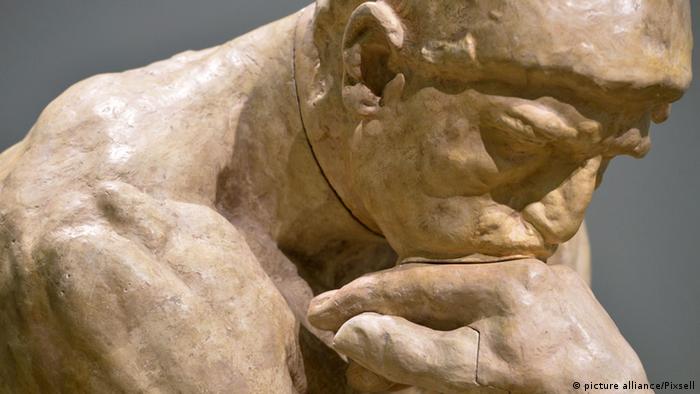 The world is becoming more networked, more complex and more difficult to understand. More and more knowledge and facts need to be viewed, prioritized, weighed and analyzed for decisions that have far-reaching implications. This has paved the way for an intellectual service industry: think tanks. The market is large and complex, even though some think tanks are highly influential and their narratives are often found in public debate and politicians' considerations.

After an Egyptian police raid, German political foundations in Cairo are preparing to get back to normal business. But in a country with a shifting political landscape, it means the foundations will have to change too. (05.02.2013)

A Russian physicist who worked at Bonn's Max Planck Institute five years ago sent confidential research results to Moscow's secret service, according to a report in "Der Spiegel." He was briefly detained last year. (25.07.2015)

The University of Pennsylvania in Philadelphia has released its 10th "Global Go To Think Tank Index." Nearly 7,000 institutions were carefully examined in a multi-stage process. Around 2,500 experts, scientists, journalists, politicians and think tank managers worked on the report.

In his preface, report editor James McGann makes no secret of his conviction that think tanks will be confronted with "existential challenges" in the future. McGann laments the fact that pollsters and think tanks failed monumentally the past year in the Brexit referendum and the US presidential election. Social movements have drawn new power from disruptive technologies that have made disruptive politics possible, he explains.

With a total of 52 categories on 170 pages, the report is actually not very straightforward. However, the great extent of differentiation in the study allows for interesting insights into the world of mediators between knowledge and policy. It starts with the quantitative analysis of think tanks and their origins. The United States is home to 1,835 think tanks and thus, the world's greatest share of the intellectual capital and soft power that comes with it. China came in a distant second with 435 institutes and Germany ranked number five with its 195 think tanks. The Middle East and North Africa together only have a total of 398 think tanks and all of sub-Saharan Africa has 615. 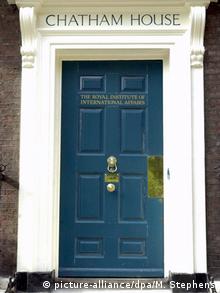 The number one think tank worldwide is the Washington, DC-based Brookings Institution, followed by Britain's Chatham House, which was also chosen as the 2016 "Think Tank of the Year" by "Prospect" magazine. Among the top 175 think tanks in the world, the three best-rated German ones come in at 16th, 17th and 18th place respectively. The Konrad Adenauer Foundation (KAS), affiliated with Chancellor Angela Merkel's conservative Christian Democrats, is followed by the center-left Social Democrat-affiliated Friedrich Ebert Foundation (FES). Rounding out the three is the Berlin-based German Institute for International and Policy Affairs (SWP). The SWP advises Germany's parliament and government and is considered to be one of the most influential research institutions in the country.

Frank Priess, deputy head of the KAS Department of European and International Cooperation, is not surprised about his organization's good ranking. He told DW that the foundation operates an international network of 80 offices around the world.

"This report is a peer report," Priess said. "This is where experts are asked what think tanks they network with and what organizations they work with. So it is more probable that a globally active organization achieves such good results compared to an organization like SWP that is influential in Germany but not represented around the world." 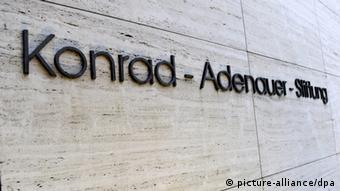 The Konrad Adenauer Foundation is the top-ranked German think tank

The list of the best think tanks affiliated with political parties is actually led by three German foundations. In addition to the KAS and FES, the Friedrich Naumann Foundation, affiliated with the business-friendly Free Democratic Party, is also high up on the list. Priess sees the political affiliation of political foundations in Germany as one of their strengths, "because they are able to feed expertise directly into the political process through the partner parties," he said.

In the category for transparency and good governance, the German NGO Transparency International (TI) comes in at number one. Cobus de Swardt of TI told DW that he is "extremely pleased about the recognition for our work in transparency and against corruption" in the think tank report. After all, TI appears in no less than 10 categories, including third place in the "Best Campaign" category and ninth place in the "Significant Impact on Public Policy" category.

In light of the good performance of German think tanks, there is no need to worry about political expertise in the country - except for two categories that are odds with the general trend. Among the 35 think tanks listed in the "Global Health Policy" category, there is only one German institution. The same is true for the 65 think tanks listed for education policy.