'The West has a lot to learn from ancient India:' indology in Germany

Indology is seen as a niche subject in Germany. There is hardly any interest amongst young students to enrol in the subject as it is seen as being outdated. But Indology didn't always have such a bad image in Germany. 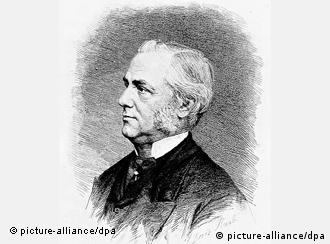 It was the British, the colonial rulers, who formally created the subject Indology at the end of the 18th Century, when the English scientist William Jones (1746-1794) founded the Asiatic Society of Bengal in Kolkata in 1784. But prior to that there was a market for Sanskrit, albeit a small one. The first German scholar of Sanskrit was the missionary Heinrich Roth (1620-1668). He became fluent during his stay in India. He became the first to write a grammar on the language, which, according to history, was never published, as Roth never managed to find the time to oversee the printing process. The real beginnings of Sanskrit studies did not really kick off in Germany until the beginning of the 19th century – making Germany the first European country after the British to introduce the subject at universities, where scholars devoted themselves to translating antique religious texts and poetry. 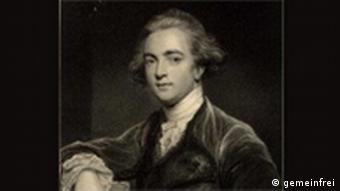 William Jones, the father of indology, founded the Asiatic Society of Bengal in 1784

In Germany, Indology has primarily remained a subdiscipline of linguistics. World-wide interest in Indian languages, culture, geography and political climate grew considerably after World War II. India has become very popular in recent times, with the 1960s hippy movement and more recently through the Bollywood boom. Nonetheless, interest in classical Indology as a course of studies has declined considerably in Germany. Is that because Sanskrit, like Latin, is considered to be a dead language – a language no longer spoken, one that only exists in ancient texts?

Indologist Axel Michaels from Heidelberg's prestigious South Asia Institute does not believe Sanskrit is dead. In an interview with the Indian network "indernet," he said that the West has a lot of catching up to do when it comes to gathering information about the history and culture of South Asia. "Every educated Indian knows Goethe and Shakespeare. But name a German academic who knows who anything about Kalidasa." Michaels says it is not only about knowing literature, but "preserving and drawing from the world's cultural heritage" from which future generations could profit. "You can only understand the present if you understand the past." 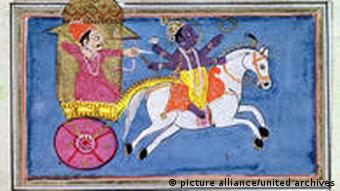 Some of Germany's first Sanskrit scholars were famous personalities, like Wilhelm von Humboldt (1767-1835). Humboldt corresponded with the philosopher Georg Wilhelm Friedrich Hegel, with whom he discussed the "Bhagavadgita." Back then it was clear that Sanskrit would not become a language for the masses. It was, rather, a discipline for a limited number of insiders.

In 1808 August Wilhelm Schlegel (1772-1829) published his famous reference book titled "on the Language and Wisdom of the Indians." In 1818 he became the first professor of Indology at Bonn University. Even the poet Friedrich Rückert (1788-1866), who had been an expert on Arabic and Persian, also studied Sanskrit and made a name for himself with the translation of the "Mahabharata" legends. Some works by German philosophers and poets such as Johann Wolfgang von Goethe, Arthur Schopenhauer and Friedrich Nietzsche also mention Sanskrit works and are thus proof of the Sanskrit "mania" of the time.

The German indologist Max Müller (1823-1900) is very well known in India. In his honor, Goethe Institutes in India are referred to as "Max Müller Bhavan" (Max Müller Houses). Although he himself had never travelled to India, instead living in Great Britain for over 50 years, he became famous for the first German publication of the most holy of Hindu texts, the Rigveda. No one before him had dared taking on the complicated Rigveda. To this day, Müller is considered to be a visionary and possibly the most talented Sanskrit scholar of all time. His 50-volume translation of holy Asian books, "Sacred Books of the East," continues to impress and baffle scholars today. 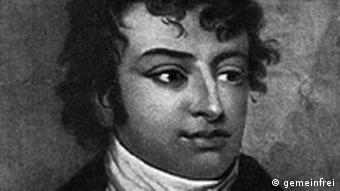 There are now 13 institutes for Indology in Germany, which can be found in Berlin, Bonn, Freiburg, Göttingen, Halle, Hamburg, Heidelberg, Kiel, Leipzig, Marburg, Munich, Tübingen und Würzburg. Mondern indology, with its focus on the modern languages of India, has become more popular that classical indology. Heidelberg University's South Asia Institute (SAI) has become a model for research in the field. The SAI is not only dedicated to the study and research of South Asian languages. The institute also employs interdisciplinary political scientists, ethnologists, geographers and economists.

Celebrating the 60th anniversary of diplomatic relations, the year of 'Germany in India' has got off to a rousing start at an open-air concert in the Indian capital. (23.09.2011)

The venue for Friday's friendly between Argentina and Venezuela is the soccer-mad city of Kolkata, formerly known as Calcutta. But experts are not overestimating the effect of Messi-mania on Indian football. (01.09.2011)

The first Sino-German government consultations have taken place in Berlin. DW's Peter Stützle asks whether this special form of cooperation is appropriate between a democracy and a dictatorship. (28.06.2011)