The rise and possible fall of SMS text messaging

SMS text messaging has revolutionized mobile phone communication, ever since it was launched 20 years ago. But more modern, Internet-based technologies appear poised to bring an end to its dominance. 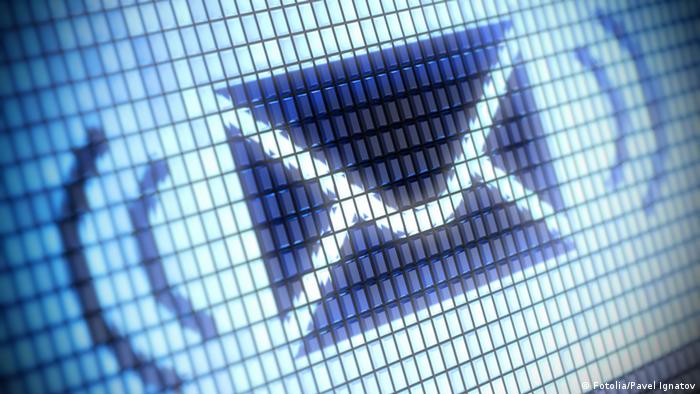 "Come later, still busy. CU XOXO": a typical message written using the SMS (short message service), complete with well-known abbreviations. The service has become a convenient part of daily communication ever since it was launched on December 3, 1992.

These days, SMS abbreviations like these have become a common part of everyday speech, with most everyone now knowing that "CU" means "See you" and "XOXO" standing in for, of course, "hugs and kisses."

Keeping it concise is an essential element of the SMS: text messages may not be longer than 160 characters, and for good reason. When the technology was still in its early stages in the 1980s, SMS inventors were guided by analog predecessors like the postcard and telex-newswires, the latter of which were restricted to less than 160 characters. 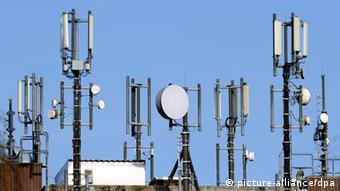 When the first SMS message was sent 20 years ago, almost nobody was aware of it. The telecommunications infrastructure based on digital technology was still being established. In Germany, the first digital GSM network, known as D-Netz, had begun operations just half a year earlier.

At the time, the first generation of mobile phones still came at a price of about 1,500 euros ($1,954) - and the bulky handset was unable to receive text messages. Quite logically, the first SMS wasn't sent from a mobile phone but from a computer of British Vodafone technicians who were developing the technology. The first text message read simply "Merry Christmas." 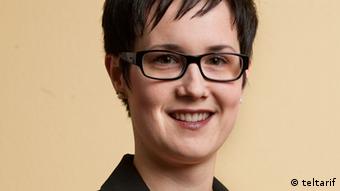 Teltarif's spokeswoman Rafaela Möhl is skeptical that the SMS will survive

The real SMS boom started in the mid 1990s, she added, causing the number of text messages to explode around the world. In Germany alone, SMS numbers increased from about 100 million sent in 1996 to 46 billion in 2011, according to an estimate by the German network supervisor Bundesnetzagentur.

Given a current market price of 10 eurocents a message, telecommunications firms have made huge profits from SMS. 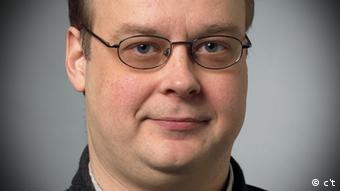 However, the golden years for the SMS seem to be over, because so-called smartphone technology has opened up new ways of transmitting text messages.

"The SMS has seen its peak and is gradually being replaced by Internet services," said Urs Mannsmann. The editor for the German computer magazine C't told DW that telecommunication service providers were already affected by the trend and were forced to offer SMS flat-rate tariffs.

"Accordingly, fewer SMS are being sent, and telecoms firms are losing out on profits," he said. Notably the WhatsApp software was taking a big bite out of the telecoms profits. 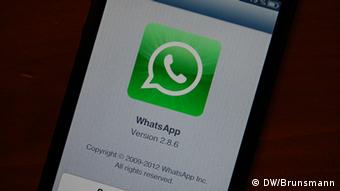 WhatsApp services via the Internet are unstoppable

WhatsApp is client software freely available on a number of smartphone operating systems, except Apple's iPhone for which users are charged 89 eurocents to download the program.

In addition to text messaging, WhatsApp users can send each other images, as well as video and audio messages of unlimited size. Although the service isn't available for cellphones without Internet access, the program has become a global success. According to latest estimates, the software currently handles up to 10 billion messages a day.

What's App is not only threatening the survival of conventional SMS services, but has virtually killed its multimedia message offspring, the MMS. Introduced in Germany some10 years ago, MMS is meant to transmit longer messages, images and short videos. However, services providers still charge MMS users up to 40 eurocents per message.

In an effort to rescue their business, conventional telecommunications firms have introduced a system called "Joyn", which is currently being set up nationwide across Germany.

However, Teltarif's Rafaela Möhl is skeptical that the new service will be able to challenge WhatsApp in the text messaging market.

"At the moment, introducing a new service is difficult because WhatsApp is far ahead in terms of market share," she told DW, adding that any new system needed to offer huge advantages to convince people to switch to a different system.

Nokia is painfully packing up in Europe

Nokia plans to close its Cluj plant just three years after opening it, and move more production to Asia. It aims to axe some 3,500 jobs in Europe and the United States. (30.09.2011)

European body issues non-binding recommendation on health risks, stirring up a slumbering debate. Despite no conclusive proof that mobile phones and WiFi networks are harmful, Strasbourg-based group calls for caution. (17.05.2011)

The social media shutdown in Uganda comes just two days before the country's presidential election. Users said they were unable to access WhatsApp or Facebook.

A day after millions of voters cast their ballots in Tanzania's general election, users and watchdogs in the digital space are reporting that authorities are blocking access to WhatsApp and Twitter.