The Rhine: Biography of a European river

An exhibition explores the cultural history of the Rhine River as one of the most important lifelines of Europe and promoter of cultural identity.

Robert Schumann's Rhine Symphony welcomes visitors who can go on to discover the biography of the river through a chronological tour going through the 2,000-year-long cultural history of the water current which flows over 1,200 kilometers (nearly 750 miles) and through nine countries before reaching the North Sea in the Rhine-Meuse-Scheldt delta.

Today, the Rhine is one of the busiest waterways in the world. If it could talk, it would definitely have many stories to tell. 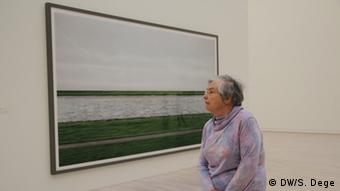 Andreas Gursky's perspective on the Rhine

They were transmitted through such great painters as the Dutchman Salomon van Ruysdael (around 1600-1670), the Brit William Turner (1775-1851) and French author Victor Huge (1802-1885) and contemporary star photographer Andreas Gursky.

The artistic perspective on the Rhine is at least as interesting as considerations on its function as a transport route. "The river has always been a conveyor of goods and ideas," says curator Marie Louise Gräfin von Plessen.

The exhibition jointly held at the Bundeskunsthalle and the Landesmuseum in Bonn is divided into 12 different chapters.

The different roles of the Romantic Rhine

The centuries of work it took to allow navigation on those waters is one of the topics explored in the show. Another section focuses on the important houses of worship and pilgrimage sites set up along the river between Chur in Switzerland, Cologne in Germany and Utrecht in Holland. 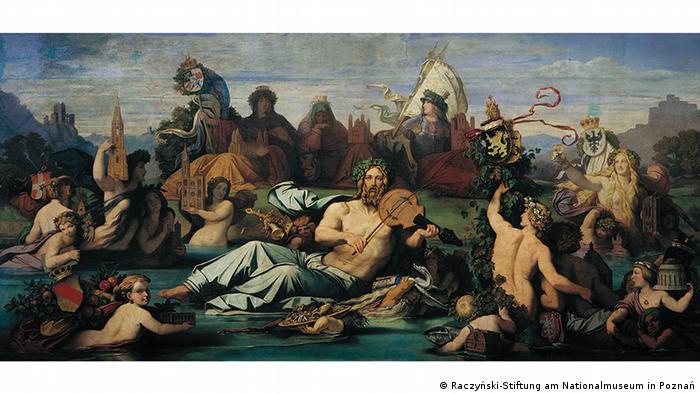 The Rhine also served as a military border, for example for the Romans, or between France and Germany after the Peace of Westphalia in 1648.

It tells the story of industrialization in Central Europe as well.

Romanticism in the 19th century led many painters, poets and singers to celebrate the beauty of the Rhine valley - and attracted many tourists.

"We want to focus on the transnational history of Europe," explains exhibition organizer Plessen. Demonstrating this idea very well, the show concludes with pictures of the Europort in Rotterdam, the major port where mountains of colored containers pile up: "Here the Rhine becomes global; the exhibition reaches present day here."

It's been called too republican and was misused by the Nazis. The German national anthem, sung to a melody by Haydn, was written 175 years ago. "Unity, justice and freedom" seem to be resilient to political upheaval. (26.08.2016)

Europe in a river - the many functions of the Rhine

Twin painters Cikuru and Cito Cirimwami are telling the history of their country, painting Congolese politicians using ashes, sand, ribbons and garbage. They want more people to learn through their art.