Berlin's three opera houses are no strangers to eluding closure and nursing the wounds of financial incision. Although they are currently on safe ground, they're having to learn to sing for their supper in unison. 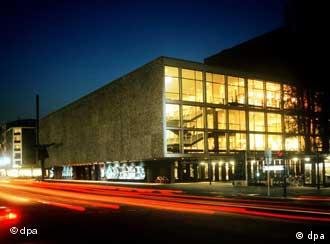 As the only city in the world with three opera houses in its cultural repertoire, Berlin is sitting on a genuine gem. But making it dazzle to full potential is not entirely straightforward. The reality is that bright lights and fanfare cost money, Berlin is broke, and culture is desirable prey for the swooping hand of municipal cost-cutting. 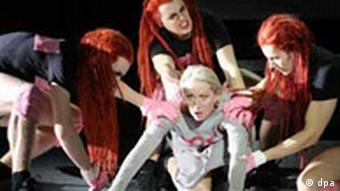 Yet somehow, and maybe against the odds, the operatic trio has managed to secure its continued existence. Thus far at least. Unlike the city's ballet, which was compressed from three into one at the end of last year, opera in the German capital enjoys the backing of a strong lobby, and nobody really wants to see any one ensemble forced into a final bow.

But change is of the essence if the music is to keep flowing.

"Right now the attitude is, 'Oh goodness, we've got three opera houses, what shall we do with them,'" Torsten Wöhlert, the spokesman for the city state's minister of culture, told DW-WORLD. "That has to change, and tourists coming to Berlin have to start coming for the opera as well as the museums."

At the end of last year, Berlin's ministry of culture took the somewhat controversial step of creating a foundation, Stiftung Oper in Berlin, or Berlin Opera Foundation, to bring all three opera houses under one financial roof.

"The alternative would have been to close one of them down or to dispense with of one of the ensembles," Wöhlert said. And that would have been akin to selecting a lamb for the slaughter, not least because each of the three sings to its own tune and is in no way superfluous to the classical music landscape of the city. 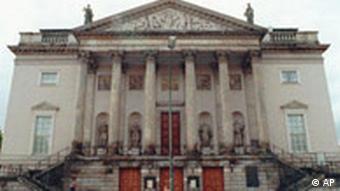 The Staatsoper has a long tradition of musical endeavor

The Staatsoper Unter den Linden in the eastern part of the city, has been seducing opera-lovers since the days of Prussian King Friedrich II. A few blocks down the road, the Komische Oper has built up a reputation for music theater and stages all its performances in German. And last but not least, the Deutsche Oper is the genre representative in the former west of the city.

Under the umbrella of the foundation, the three opera houses, the Berlin state ballet and a centralized stage service have had to forsake large parts of their egos and learn to work together towards developing a kind of co-operative competition. They know how much money is at their collective disposal over the next five years -- €113.6 million ($149.5 million) for 2004, to be gradually reduced to €96.8 million in 2009 -- and can plan and perform accordingly.

It was quite a departure for three institutions but so far the virtues of the foundation have not gone unsung.

"All three opera houses are very different and they compliment one another brilliantly," Andre Kraft, spokesman for the Komische Oper, told DW-WORLD. "It is a competitive situation, but it's also very fruitful." 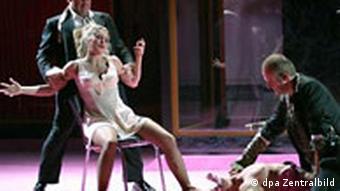 Scene from Mozart's "Abduction from the Seraglio" at the Komische Oper.

The foundation offers the trio the chance to coordinate performance plans, find ways of saving money together and come up with effective structures which don't impinge on the current high levels of artistic engagement.

What the foundation has not yet been able to offer Berlin's musical majesties is a permanent general director to oversee the whole operation.

"It's a difficult position because although the general director won't have the freedom to intervene artistically, he must come from the performance world," said Elsa Blanke, who works for the Berlin Opera Foundation.

A creative mind with the power to budget sounds like something of a thankless task. And although Wöhlert made it plain that a cost-cutter would be nothing if not inadequately matched to the vacant post, anyone who rises to the challenge will have to wave the baton of fiscal control in a pretty vigorous manner. 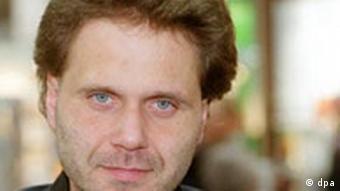 Michael Schindhelm is now the sole candidate to run the foundation

So just where is the foundation going to find the perfect fit? Until a couple of weeks ago there were two candidates in the running -- the director of the Basel Theater, Michael Schindhelm, and the managing director of Frankfurt theaters, Bernd Fülle. After an embarrassing debacle which involved Berlin's minister of culture, Thomas Flierl, commissioning a sneaky piece of reporting into Fülle's background, the latter withdrew his candidature.

That just leaves Schindhelm, who is currently facing allegations of a past as an informer for the East German secret service (Stasi). Before his application can move onto the next phase, his Stasi files are to be scrutinized by a specially appointed committee.

If they find nothing worthy of great outcry, he will be invited to present himself and his viability to the opera foundation committee. It's a bureaucratic merry-go-round, but if he can hold on through all the stopping and starting without falling off, maybe he is just the man for the job.

Just days before the premiere of the feverishly awaited new staging of Richard Wagner's opera "Parsifal" at this year's Bayreuth Festival, the leading tenor hit out at the production and its controversial director. (July 23, 2004)

Berlin's theater-goers are notoriously hard to shock. But Spanish director Calixto Bieito's production of Mozart's "Abduction from the Seraglio" has got audiences pretty hot under the collar. (May 18, 2004)

Information in German and English