The Question of Succession | News and current affairs from Germany and around the world | DW | 03.04.2005

The Question of Succession

With the death of Pope John Paul II, a chain of events laid down by centuries of papal tradition swung into action, but who will emerge as the next pontiff is a guess no one dares to hazard. 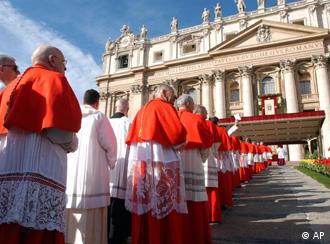 Speculation is rife over which candidate will become the new pope

A pope from Italy, reverting to habit? An African pontiff? How about Latin America or India?

No one knows for sure and those who might have an idea -- the cardinals who actually choose the next leader of the world's 1.1 billion Roman Catholics -- certainly aren't giving much away.

Nevertheless the process is underway, triggered automatically by the death Saturday of the conservative 84-year-old Pope John Paul II who had headed the Catholic Church since his own election in 1978.

No doubt the impending election will be on their minds when cardinals hold their first congregation Monday to begin planning the pontiff's funeral. However, the conclave at which cardinals choose a successor must not start until at least two weeks after a pope's death, but no later than 20 days.

One of the few to have talked about the succession, Cardinal Francis George of the Chicago archdiocese, urged the next pope not to make radical changes. "People think things are up for grabs that aren't up for grabs," he told a press conference Saturday after a memorial mass. However, he admitted, "we may need a different kind of pope."

In a possible indication of his thinking, he said that although there were good reasons to elect a pope from Africa, Asia or Latin America, he would have to be "acceptable to the Romans. He should speak Italian." 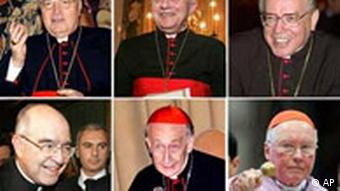 Some Vatican insiders think cardinals will likely return to a safe Italian candidate -- John Paul II was the first non-Italian pontiff in 455 years. "I don't think the college of electors will risk electing a foreigner. The Italians are the inner circle," one said under cover of anonymity.

A return to Italian type

In that case, the front-runner could be Cardinal Dionigi Tettamanzi, who as archbishop of Milan oversees the most populous diocese in Europe. Aged 71, he is seen as an intellectual, a pastor and someone who would have new ideas.

Another Italian possible is Angelo Scola, patriarch or archbishop of Venice who at 63 counts as one of the Church's younger set. A moderate, he is thought likely to have the backing of Opus Dei, a highly conservative grouping which has several European and Latin American cardinals among its supporters.

A South or Central American pope? 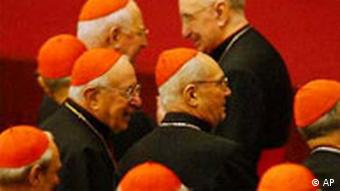 Away from Italy, potential candidates are Oscar Andres Rodriguez Maradiaga, the 62-year-old Honduran cardinal who has campaigned against poverty; Claudio Hummes, archbishop of Sao Paulo; and Dario Castrillon Hoyos of Colombia.

Hummes has distanced himself from the terms progressive and conservative and prefers to maintain a strong personal conviction on issues regardless of where they fall in the two camps. Hoyos was responsible for steering the Latin American church away from controversial liberation theology and was rewarded by the pope, who appointed him head of the powerful Congregation for the Clergy, the Vatican department which deals directly with the world's priests.

Also in the running could be Jorge Mario Bergoglio, the archbishop of Buenos Aires. A man of humility who lives a simple existence, Bergoglio is an advocate of a traditional and spiritual approach to the role of archbishop. He once insisted that the entire Church of Argentina wear garments of public penance for sins committed during the county's military dictatorship. A member of the Jesuit order, this fact may play against him as the order is supposed to renounce church awards and pledge only to serve the pope, not become one.

An Indian or African Holy Father? 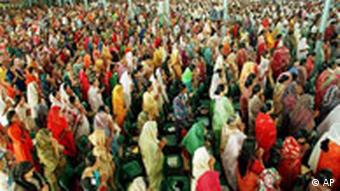 Indian catholics will be praying for Pope John Paul II and wondering if one of their won will take his place.

Ivan Dias, the 69-year-old archbishop of Bombay, carries the best hopes of the Indian sub-continent. While an Indian national, Dias spent most of his life serving as a diplomat for the church around the world before returning home to become Bombay's archbishop. A fluent multilinguist, Dias is a conservative among a large number of more reformist bishops in the Asian church.

Nigeria's Francis Arinze is regarded by many as the best non-Italian bet. A conservative, he would become the second African pope after Gelasius I in the late fifth century. He has been the Catholic Church's point man for relations with Islam, an important factor considering the high profile growth rate of that religion. Arinze is currently the head of the Vatican department for divine worship.

Factors that may influence the cardinals range from policy -- conservative or liberal, bridge-builder or doctrinaire -- to the mundane, such as whether someone might be a good bureaucrat running the huge Vatican machinery but less gifted as a pastor in the field.

Another element is age. Will they go for someone young to drive the Church forward for the foreseeable future at a time of declining belief in God?

A poll Sunday in the daily Le Parisien found 53 percent of French people in favor of a "more progressive" pope than John Paul II, while 27 percent wanted continuity and only 13 percent a more traditional successor. 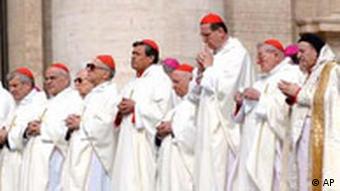 Cardinals attend a Mass for the late Pope John Paul II celebrated by the Vatican secretary of State, Cardinal Angelo Sodano on the steps of St. Peter's Basilica at the Vatican on Sunday.

Don't expect any public jockeying by the cardinals, however. Rules say they must abstain under pain of excommunication from any form of agreement or promise that would influence their vote, and they are not allowed to vote for themselves.

George, the archbishop of Chicago, said he expected debate to be heated but not to last more than a week. "I think we'll all be cordial but I expect there will be great differences of opinion," he said.

Both John Paul II and his immediate predecessor were compromise candidates who emerged because of deadlocks over cardinals who had initially seemed more promising when the conclaves got under way.

What Happens After the Pope Dies?

After the death of Pope John Paul II, a strict procedure of events is set into motion leading to the burial and election of a successor. DW-WORLD looks at the key steps for the next several days. (April 2, 2005)

Plenty of Variables in Papal Succession

Age, nationality and tradition all play a role in the growing speculation about the next man who will take over as head of the Roman Catholic Church. (April 2, 2005)

While some priests say talk of a papal resignation is in bad taste, others are looking for the man who will come after John Paul II, and there's a chance it might be German Cardinal Joseph Ratzinger. (Feb. 10, 2005)