The ′Offshore Leaks′ data detectives | World | Breaking news and perspectives from around the globe | DW | 07.04.2013

The story reads like a political thriller: A hard drive given to a German journalist in an office in Washington for painstaking data analysis. But who exactly are the people investigating the offshore tax havens? 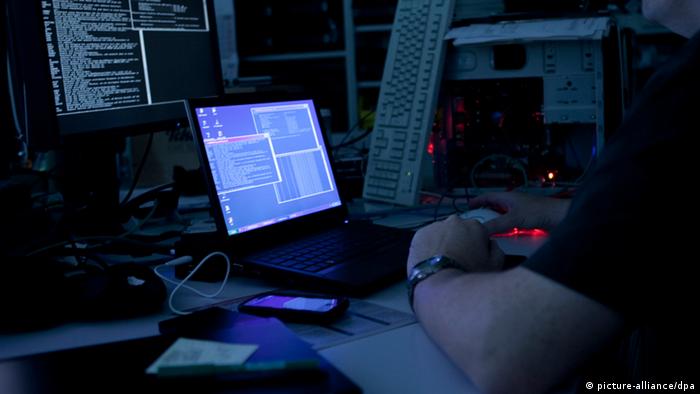 German journalist Sebastian Mondial is a specialist in data journalism, and one of only a handful of people entrusted with a hard drive full of explosive information just over a year ago. The International Consortium of Investigative Journalists (ICIJ) commissioned Mondial to help analyze the overwhelming amount of data it had received.

The ICIJ was founded in 1997 as part of the Center for Public Integrity (CPI), an American organization financed by endowments and donations that combats corruption and the misuse of power. Since the Offshore Leaks scandal broke, it's been all systems go at the CPI office in downtown Washington.

"The phones are ringing non-stop and our website has crashed twice already - we've never had so many clicks and enquiries," said William Buzenberg, the executive director of the CPI, in an interview with German radio. The ICIJ office itself has a staff of five. 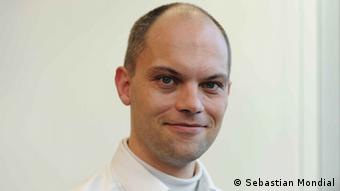 Australian Gerard Ryle heads the ICIJ. In March 2012, he invited Sebastian Mondial to his office and gave him the hard drive containing countless emails, PDFs, tables and presentations - a total of 2.5 million documents with a volume of 260 gigabytes. The hard drive had been sent anonymously to Ryle by post.

One day after the meeting with Ryle, Mondial returned to Germany with the highly sensitive material. Back in Hamburg, he started working through the documents. The first task was to put the vast quantity of data in order and render it searchable.

"The first hard drives were only given to a handful of journalists who were technically savvy," he said. "Later we made a 2.0 version of the hard drive in Bucharest in Romania, from which we removed repeat data and data that had nothing to do with the offshore leaks."

This version was then made available to a larger circle of journalists, to evaluate and research the contents. Among the media involved in the project are the "Washington Post" in the US, Britain's "The Guardian," and the French paper "Le Monde." In Germany, the daily "Süddeutsche Zeitung" and the public broadcaster Norddeutsche Rundfunk (NDR) contributed to the investigation. 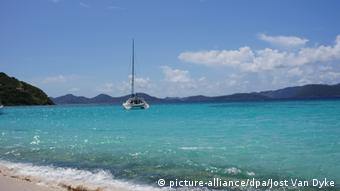 The British Virgin Islands are one of many offshore tax havens

The choice of media outlets involved in the publication was likely determined by personal contacts. Hans Leyendecker, the editor-in-chief of the Süddeutsche Zeitung, is a member of the ICIJ. NDR journalist John Goetz is also believed to have good connections with the organization.

The tax scandal, including the decision to refer to the documents as "Offshore Leaks," is reminiscent of the whistle-blowing website WikiLeaks. However, on closer examination it is clear that there are considerable differences between the two. WikiLeaks did not consider itself as a journalistic platform; it simply put data online. Offshore Leaks, on the other hand, is preparing the data, checking the information gleaned from it, and comparing it with other sources.

Daniel Domscheit-Berg, the former WikiLeaks spokesperson who had a falling-out with the organization's founder Julian Assange in the autumn of 2010, said he regards this as a positive approach: "That's the way to go: away from hype and towards a professional and properly structured preparation of leaks."

No cooperation with authorities

The ICIJ has categorically ruled out passing on information to the authorities. "Personally, I can well understand that some people are annoyed," Mondial said. "But if you start passing on data you destroy the basis of trust between the sources and journalists involved." 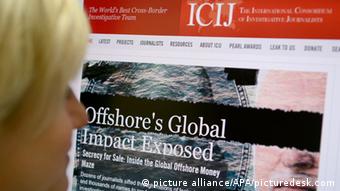 Hans-Peter Burghof, a professor of banking and financial services at the University of Hohenheim, was more critical.

"I think it's somewhat problematic that this data is now in the hands of the media," he said. "You could play politics by publishing data like this selectively. The power in this instance has fallen into the hands of journalists."

Mondial, meanwhile, is busy working on other projects. "When you've worked for a whole year on a project like that, eventually you have to move on to something else," he said. But his colleagues are still free to call on his expertise if necessary - and another data leak would certainly spark his interest.

The German government has urged the leading media organizations in the country to hand over data it has acquired on the widespread use of tax havens. Berlin wants to know about possible tax evasion. (06.04.2013)

Opinion: The loud call for justice

Honest taxpayers are outraged over a global network established for the wealthy to evade taxes. But until politicians finally take action, nothing will change the status quo, says DW's Henrik Böhme. (06.04.2013)

German banks have helped customers funnel money into tax havens for decades. "Offshore Leaks" has brought both parties under scrutiny, and now German politicians want to make it harder to hide from the taxman. (05.04.2013)