The Nürburgring: Nirvana for Racing Enthusiasts of Every Stripe

The word Nürburgring can make a car aficionado's heart beat a little faster. The famous race track, often called "The Ring," has been a favorite among motor sport enthusiasts and tourists since its opening in 1927. 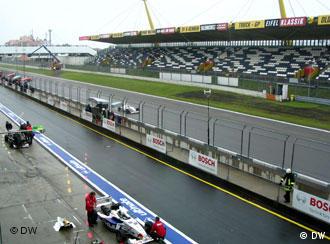 Not just for professionals, all visitors can actively enjoy the Nürburgring

Located around the village and medieval castle of Nürburg in the Eifel Mountains, the racing track at the Nürburgring is known around the world for its extraordinary Formula 1 Grand Prix racing, but it can also be driven by any visitor with a valid driver's license.

The constant noise produced by race cars speeding by can get visitors in the mood for serious automotive action. Daily drives, guided backstage tours, field trips and adventure parks are a few of the possibilities offered besides the big races. 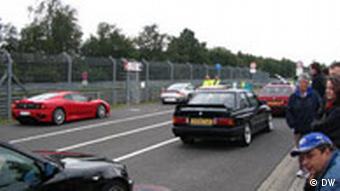 Test your car and your driving skill on the northern loop

The most famous of the attractions is the Nordschleife, or northern loop, which is more popularly known as the Green Hell. It is made up of 20,8 kilometers (13 miles) of challenging one-way track in beautiful surroundings on which any driver can assess his or her racing abilities.

"The Nürburgring myth is definitely tied to the Green Hell, as Jackie Stewart baptized the track," said Walter Kafitz, CEO of the Nürburgring. "History has been written here."

"At the first race in 1927 there were hundreds of thousands of visitors there. Today, there are about two million guests on the ring yearly who come to experience the place's unique atmosphere," he said.

Not just for professionals

The Green Hell: It's a picturesque inferno

The so called "tourist drives," which have taken place since 1927, welcome anybody who wants to take part. "Driving on the Nordschleife personally is for many fans the highlight," Kafitz said.

Although there is no oncoming traffic, driving the northern loop is challenging for amateurs since it can be hard to judge where exactly on the track to drive. There are no lane markings, but there are many sharp curves and slopes. Due to the number of drivers, and the potential hazards, there are specific rules that need to be followed.

One suggestion: Drivers and passengers on the northern loop should go easy on foods that could upset your stomach if they don't want a serious case of car sickness. 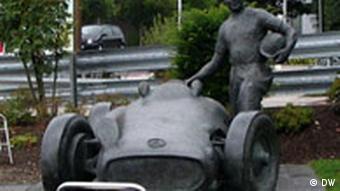 A regular visitor to the Ring, Christopher Heiser, who has a Web page devoted to the track and racing devotees, has said that "nothing, absolutely nothing will prepare you for your first time around the track. It is nothing like anything you've ever driven on. The track is so much bigger, so much steeper, so much faster than you can possibly imagine."

The history of the legend

The Nürburgring opened on June 18, 1927 as a dedicated racing circuit. Soon after it was obvious how important an economic role it would play for the entire region.

"Restaurants with spare rooms became hotels, cow fields became parking lots, and racing became a blessing for one of the poorest regions in Germany," said Kafitz.

After the war, reconstruction work began in 1947 and the Eifel Cup was held, rushing in a new Nürburgring racing era, according to Kafitz.

"The entrance fee was five Reichsmarks, with a voucher for wine, sausage and bread. Four years later the first Formula One World Championship took place and the Ring became international," he said.

The Nürburgring puts on many large-scale events

The Nürburgring area is an ideal tourist destination with its striking scenery, churches, lakes, castles, museums and notable architecture -- besides the race track, of course.

Although few would call the northern loop "regular," but those who do find the fairly flat track uninteresting can turn their attentions to the off-road park and try a little four-wheeling.

There is more than just four-wheel-centered activity. Guests can ride bikes on the bike-lane that runs parallel to the northern loop. Part of the 30 kilometer (18.6 mile) ride runs through forests near the town of Adenau.

Those who prefer staying on their own two feet can take on a hiking trail, with a guide providing information about the history of the track as well as the whole Eifel area. Camping facilities are also available. 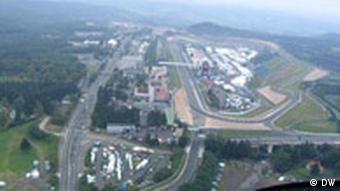 Much more is in the planning for the Nürburgring

Plans are to develop the Nürburgring into a year-round recreation and business center, with event possibilities that don't depend on good weather, according to Kafitz. Poor conditions can shut the track down for weeks.

"There will also be a roller coaster that will have an acceleration value like Formula One race cars, directly above the actual start and finish lines -- 365 days a year," Kafitz said.

In a race stretching across Europe , the Gumball 3000 is not for the faint of heart. But even this race for the rich and famous ran into trouble when it came up against German police, who told them to slow it down. (01.05.2007)

German Drivers Told to Mind Their Manners on the Road

The government has decided to take action after a ministry's survey showed that over 80 percent of drivers on German roads said other people behind the wheel have become increasingly rude. (24.04.2007)