Art experts have long been fascinated with the story of Adolf Hitler's dream of creating a huge museum in the Austrian city of Linz. A new book looks at where the Nazi leader's collection came from -- and where it went. 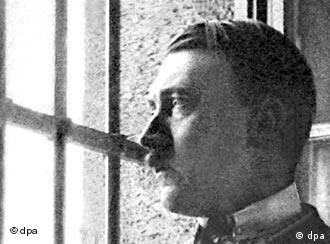 Hitler ordered thousands of artefacts to be collected for his museum

It remains at the center of one of World War II's most enduring mysteries: Hitler's intended National Socialist museum of art in the Austrian city of Linz was a dream that was never fully realized by the Führer although many thousands of art works were obtained for the project.

Speculation has always surrounded the origins of the dictator's collection but since the war ended, this has only intensified as experts attempt to discover where many of the works disappeared to.

Berlin historian Hanns Christian Löhr is the latest to examine the mystery behind the alleged stolen art which was destined for the Linz museum and what happened after the Allies "liberated" the artifacts in his book, "The Brown House of Art."

In 1943, Hitler created the Sonderauftrag Linz (Special Assignment Linz) to set up an art collection for the Austrian city of the same name on the banks of the Danube river. Almost exclusively financed by funds earned through sales of Hitler's book "Mein Kampf" and from special stamps showing his portrait, the Linz collection was more or less the private affair of the Führer.

In an attempt to protect the collection from the intensive bombing campaigns of the final years of the conflicts, many of these works were stored in salt mine caverns near Linz. But as the imminent German defeat approached, the Nazi commandant of the facility ordered the salt mines and artworks destroyed.

Allies liberation led to the loss of many works 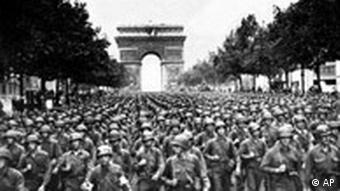 Fortunately, no wholesale destruction occurred and the majority of the collection was confiscated by the Allied forces which had already begun to bring works of art recovered from various depots to special collection points where a system was set up to find the legal owners.

However, not all the artifacts were returned.

Speaking in Berlin on Tuesday, Löhr said that his new book reopens the debate as to what became of the art that never found its way home and that the revelations were "explosive." Löhr suggested that some artworks which hang in museums and collections in Berlin have the mark of an original, legal owner somewhere in their history.

Stolen art unwittingly bought all over the world

It's been suggested that after the war, many of the missing works passed through the federal government in Bonn and the Austrian federal government as well as private collections in both countries while others ended up in the hands of art thieves. 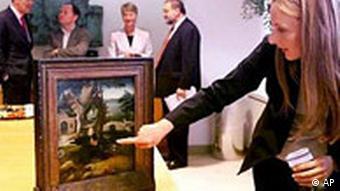 Charlene von Saher points to the painting once owned by her grandfather titled, "The Temptation of St. Anthony," in New York. The painting is part of an extensive collection of Old Master art that was stolen by the Nazis in Holland 60 years ago.

Löhr's research has unearthed 191 missing artifacts from a previously unknown catalogue from the Linz collection, with paintings from the collection turning up in France, the Netherlands and as far afield as the United States.

As well as the current whereabouts of the collection, the book addresses the question as to where the paintings originated from and how they were procured. 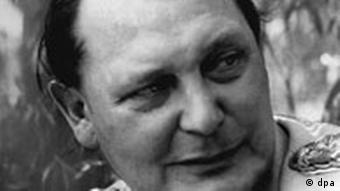 While Hermann Voss, the supervisor of the Special Assignment Linz, and Gottfried Reimer the collection's co-curator, maintained that only 53 of the 4,353 pictures collected for the museum in Linz were confiscated works -- procured by Hermann Göring (photo) in Paris -- rumors during and after the war suggested that much of the collection had been stolen or seized by occupying Nazi soldiers across Europe.

Löhrs research backs up the claims of the curators by saying that only a small part of the collection -- possibly 12 percent -- came from seizures or expropriations.

Even if this is true, the Nazis were responsible for much of the art stolen, and then subsequently lost, during and after World War II. The on-going search for the artifacts and the quest for compensation for the legal owners in most of these cases goes on.

Commission To Track, Return Art Stolen by the Nazis

A government commission has been charged with the controversial task of tracking down and returning art stolen by the Nazis to its rightful owners. But critics are casting doubt on the commission's chances for success. (July 14, 2004)

Germany and Russia on Monday discussed the return of "trophy art" seized by the Soviet Union after World War II. Still, Berlin has little hope of recovering a priceless Rubens painting owned by a Russian businessman. (Dec. 21, 2004)

The Hassles of Returning Stolen Art

A long legal wrangle in Germany over the return of three paintings seized by the Nazis was resolved on Wednesday. But many cases remain unsolved and bitter feuds prevent other paintings being returned. (March 3, 2005)