The end of the media mogul?

British lawmakers declared Rupert Murdoch unfit to run a major international company. Does this mark the end of the all-powerful media mogul in a democratic society? 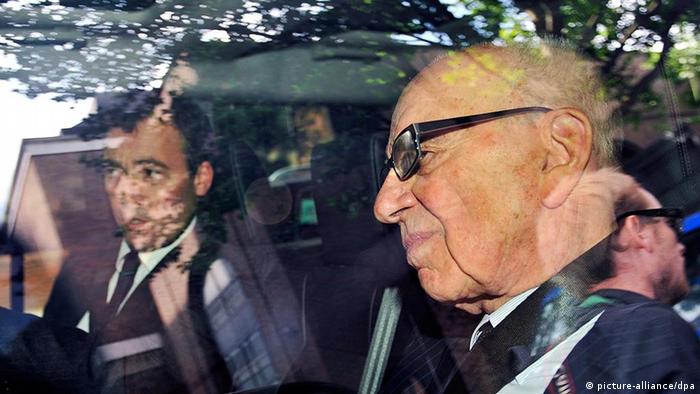 Last week, British lawmakers found that Rupert Murdoch should take "ultimate responsibility" for the illegal practice of phone hacking that has corroded his global media empire.

A cross-party parliamentary committee said the 81-year-old lacked credibility, adding that his company was guilty of "willful blindness" toward its staff at the News of the World tabloid.

It's the latest in a series of blows for the man who has held sway over British politics for decades.

In the report, his company's British newspaper arm was also criticized for misleading parliament during its investigation into the hacking of phones belonging to prominent public figures and victims in high-profile crimes.

That scandal led to a public outcry against scandal-mongering journalism and to the closure of the Sunday tabloid News of the World last summer. Initially, "rogue reporters" were blamed for the incident, but it has since emerged that the practice was widespread. Several journalists from the mass-circulation Sun newspaper, also owned by Murdoch, have now been arrested over allegations of phone hacking and bribery. 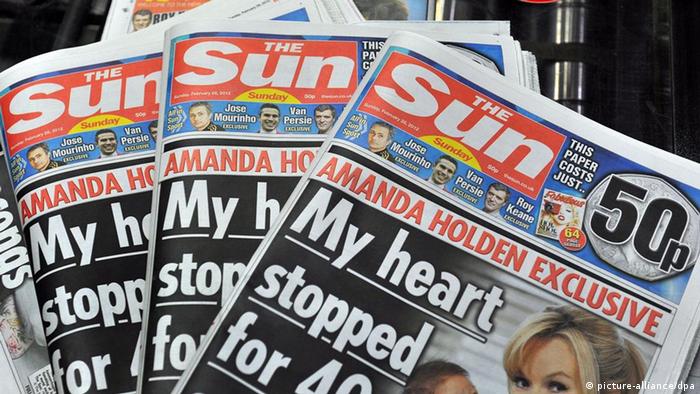 The revelations led the UK government to appoint the prominent judge Brian Leveson to head an independent public inquiry into the ethics of the British media. The ongoing Leveson Inquiry is examining the relationship between the press, the police and politicians. The fear is that politicians may be too bound up with the media.

"What the inquiry has shown is that British democracy has been compromised by the existence of these very concentrated forms of media ownership," Des Freedman, Reader in Communications at Goldsmiths, University of London, told DW.

Freedman believes the fallout from the phone-hacking scandal could lead to a change in the entire media landscape in the UK, which has long been dominated by Murdoch's $50 billion news empire. The News Corp group includes The Times of London and British Sky Broadcasting pay-TV operations, as well as the Wall Street Journal and Fox News Channel in the US.

"In terms of political influence, I think the episode has done such huge damage to the reputation of News Corp as a news provider, but also to Rupert Murdoch personally, that it would be hard for them to recover the political influence they've had," said Freedman.

Ties at the top 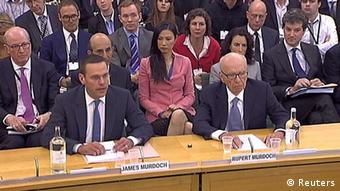 The extent of Murdoch's prior influence in the UK became clear when he was summoned to give evidence at the Leveson Inquiry at the end of April. He was grilled on his close relationship with a succession of British prime ministers.

"I've never asked a prime minister for anything," Murdoch told the inquiry. He added that developing a relationship with politicians was "part of the democratic process. They - all politicians of all sides - like to have their views known by the editors of newspapers or publishers, hoping that they will be put across, hoping that they will succeed in impressing people. That's the game."

But Julian Petley, head of the Campaign for Press and Broadcasting Freedom and Professor of Journalism at Brunel University, said Murdoch has never needed to ask politicians for favors - their relationship has been much more subtle than that.

"They [prime ministers] have granted him his wishes. In the case of [Margaret] Thatcher because they were both very much singing from the same hymn sheet, they both had very much the same values and views of the world and ideologies. In the case of Labour it was because they were terrified of him, basically. So Rupert doesn't have to ask. He just gets what he wants."

After months of fighting off allegations of illegal activity, that is no longer the case. Gone are the days when Rupert Murdoch could walk in and out of the back door of the prime minister's residence in Downing Street. Politicians who once flocked to court his favor are now seeking to distance themselves from any dealings with the Murdoch family.

However, Freedman is hesitant to say this affair means the end of the media mogul era.

"The idea of the all-powerful, all-conquering media mogul with the same levels of influence both into politics, but also into other areas of public life… I think it's possible that kind of ubiquitous power is likely to be diminished, but are we seeing the end of influential powerful private proprietors as a whole? I don't think the evidence bears that out."

Seven months after the News of the World shut down amid scandal, media tycoon Rupert Murdoch has launched a new Sunday tabloid in the UK. The paper’s first edition pledged that its journalists would be ethical. (26.02.2012)

A British parliamentary report has accused media mogul Rupert Murdoch of willful blindness to the phone-hacking scandal at his now-defunct News of the World tabloid. It also said he was unfit to lead a major company. (01.05.2012)