The diversion of supersymmetry? | Science| In-depth reporting on science and technology | DW | 28.07.2015

The diversion of supersymmetry?

The true scientists are those who admit when their experiments don't yield anything new. That's what's just happened at CERN. But let's give them a break. They were in search of the explanation of phyicial existence. 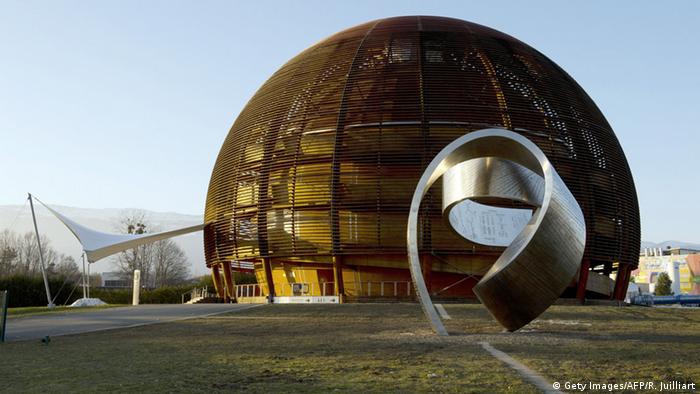 New data from ultra high-speed proton collisions at Europe's Large Hadron Collider (LHC) have displayed the the little-known "beauty quark" behaves as predicted by the Standard Model, according to the journal Nature Physics.

Previous attempts at measuring the beauty quark's rare transformation into a so-called "up quark" had yielded conflicting results. That prompted scientists to propose an explanation beyond the Standard Model - possibly supersymmetry.

But the latest observations were "entirely consistent with the Standard Model and removes the need for this hypothesis" of an alternative theory, Guy Wilkinson, leader of LHC's "beauty experiment" told the AFP news agency.

"It would of course have been very exciting if we could show that there was something wrong with the Standard Model - I cannot deny that would have been sensational," he said. 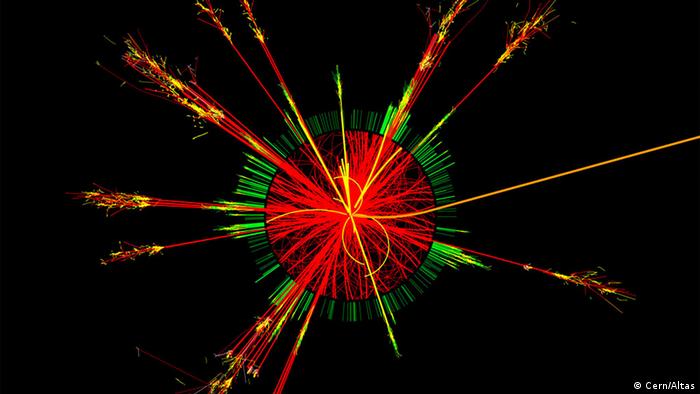 The Standard Model is the mainstream theory of all the fundamental particles that make up matter, and the forces that govern them.

But the model has weaknesses: it doesn't explain dark matter or dark energy, which jointly make up 95 percent of the universe. Nor is it compatible with Einstein's theory of general relativity -- the force of gravity as we know it does not seem to work at the subatomic quantum scale.

Supersymmetry, SUSY for short, is one of the alternatives proposed for explaining these inconsistencies, postulating the existence of a heavier "sibling" for every particle in the universe.

This may also explain dark matter and dark energy.

But no proof of supersymmetric twins has been found at the LHC, which has observed all the particles postulated by the Standard Model -- including the long-sought Higgs boson, which confers mass to matter.

Supersymmetry predicts the existence of at least five types of Higgs boson, but only one, believed to be the Standard Model Higgs, has so far been found.

Wilkinson said it was "too soon" to write off supersymmetry.

"It is very difficult to kill supersymmetry: it is a many-headed monster," he said.

But "if nothing is seen in the next couple of years, supersymmetry would be in a much harder situation. The number of true believers would drop." 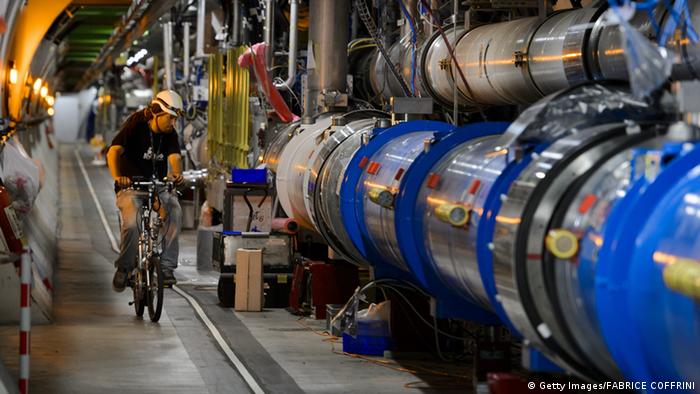 You have absolutely no idea how fast things are moving inside this thing...(Faster than dude on bike)

The beauty is yet to come?

Quarks are the most basic particles, building blocks of protons and neutrons, which in turn are found in atoms.

There are six types of quarks - the most common are the "up" and "down" quarks, while the others are called "charm", "strange", "beauty" and "top."

The beauty quark, heavier than up and down quarks, can shift shape, and usually takes the form of a charm quark when it does.

Much more rarely, it morphs into an up quark. Wilkinson's team have now measured - for the first time - how often that happens.

"We are delighted because it is the sort of measurement nobody thought was possible at the LHC," he said. It had been thought that an even more powerful machine would be needed.

The revamped LHC, a facility of the European Organization for Nuclear Research (CERN), was restarted in April after a two-year revamp to boost its power from eight to 13, potentially 14, teraelectronvolts (TeV).

"If you expect Earth-shattering news from the new run, it's a bit early," CERN director-general Rolf Heuer told journalists in Vienna Monday at a conference of the European Physical Society.

"The main harvest will come in the years to come, so you have to stay tuned."

So far, the new run at 13 TeV has re-detected all the Standard Model particles except for the Higgs boson, but Heuer insisted: "We are sure that it is there.