This life-size stone equestrian statue is the oldest surviving medieval sculpture of its kind. And better still: the Bamberg Cathedral Horseman is full of mysteries. 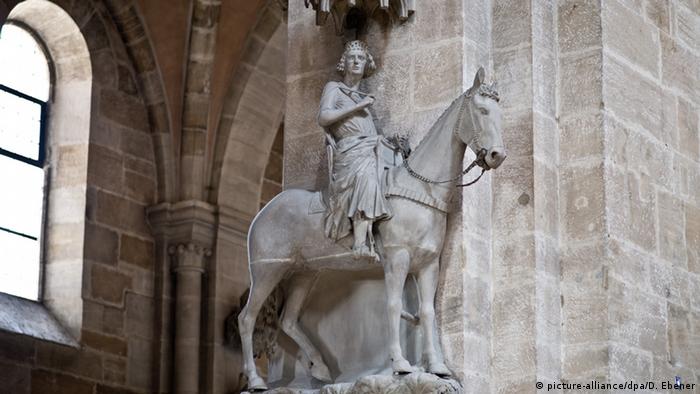 He has been depicted on a bank note and as a popular Playmobil figurine, but no one knows who he was. The many mysteries have made the Bamberg Cathedral Horseman so famous. He has become one of the most investigated statues ever, and yet science can only guess at the rider's identity. One theory is that he is Stephan I of Hungary, who was said to have ridden to the cathedral to be christened. Another legend says the statue represents Philip of Swabia, the king who was assassinated during a visit to Bamberg in 1208.