The 77 Percent: Join the debate

77 percent of Africans are younger than 35. Those 77 percent can shape the continent's future. We join African youths as they share their stories, their dreams and their challenges. Come and join the debate! 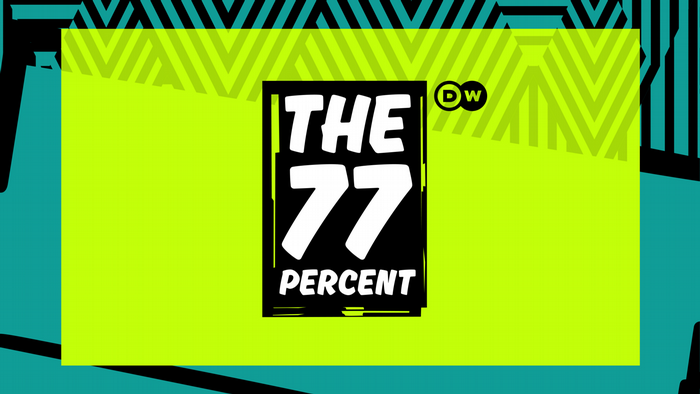 The 77 Percent on radio - Come and join the debate!

77 percent of Africans are younger than 35. Those 77 percent can shape the continent’s future. We join African youths as they share their stories, their dreams and their challenges. Are you part of the 77 percent? Come and join the debate!

77 percent of the population in Sub-Saharan Africa is younger than 35 – that's around 770 million people. A generation of confident, dynamic people which can shape the future of Africa.

Though the 77 percent form three-quarters of the population, they often don't have a say in political decisions. Despite the old leaders, young Africans are politically engaged, speaking out against injustice, corruption and fraud. That can be inconvenient for many politicians. Young voices are getting louder but they can struggle to penetrate the media. That's about to change; now DW's new multimedia Project "The 77 Percent" is providing a platform for you, the 77 percent, to make your voices heard.

Part of "The 77 percent" project is our new social media segment "What Else?" talking about African stories that don't make the headlines. We open our social media platforms to the 77 percent: your stories and your opinions. Join the debate in Amharic, English, French, Hausa, Kiswahili and Portuguese! We'll pick it up and make sure you are heard on TV, radio and social media. We pick up on trending topics in Africa and open the debate, even where others shy away. We tackle controversial topics so that you can break taboos.

Africa is more than just poverty and violence! We will feature constructive stories from around the continent and introduce you to real change makers. Have you already heard about Zimbabwe's first female pilot or the Kenyan biologist who develops drought resistant crops in her lab? No? Well, "The 77 Percent" brings you the kinds of stories you won't find in the mainstream media.

Our radio presenters are looking forward to hearing your stories and to sharing their experiences in lively discussions from right across the continent. Picking up on our network of reporters which span east to west, north to south, "The 77 Percent" can't wait for you all to join the debate!

The 77 Percent - Freedom of speech on social media