Representatives from China and Taiwan recently held their highest-level official talks since 1949. The meeting was intended to pave the way for more engagement between nations, which are still formally in a state of war. 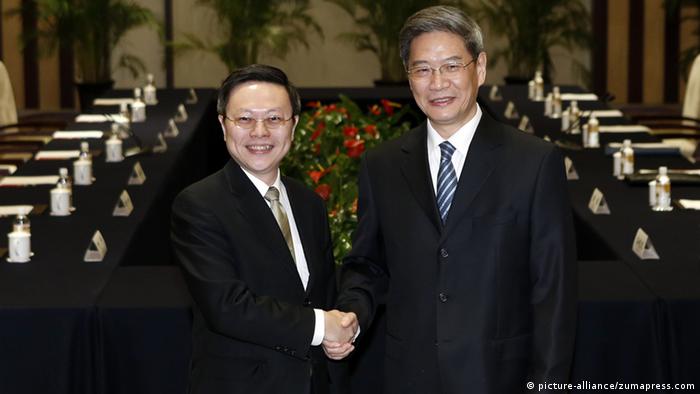 Rapidly expanding trade and booming tourism with nearly 700 flights every week between the People's Republic of China and Taiwan characterize the relations between Beijing and Taipei. However, the two sides have formally been in a state of war for the past 65 years.

Nonetheless, on Tuesday, February 11, China and Taiwan held their first high-level talks since the end of the Chinese civil war in 1949. The head of Taiwan's Mainland Affairs Council Wang Yu-chi met with Zhang Zhijun, head of mainland China's Taiwan Affairs Office in the southern Chinese city of Nanjing. As a result of the talks, both parties agreed to set up a "regular communication channel."

Media in Taiwan and Hong Kong praised the high-level meeting as "historic." Briefing the reporters afterwards, China's representative Zhang announced there would be more such meetings in the future. "We could definitely become good friends and jointly contribute to the improvement of relations between the two sides," he said.

However, this friendship is conditional. The main condition is that Taiwan doesn't initiate any steps towards formal independence. Beijing considers the island as a breakaway province that should be reunited with the mainland as soon as possible. China passed the so-called "anti-secession law" in 2005, which allows for the use of military force against the island in the event of Taiwan declaring independence. China has also tripled its military budget over the last decade and regularly conducts military exercises reflecting invasion scenarios. 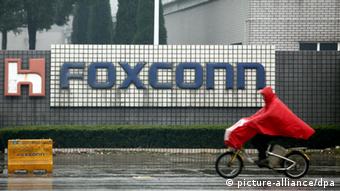 China's president Xi Jinping recently declared that a political solution to the Taiwan problem could not be put off indefinitely. But his Taiwanese counterpart Ma Ying-jeou reacted by saying that he saw no reason to quicken the pace of political discussions and would prefer to focus on trade issues.

Citing the results of recent surveys conducted on the island nation, Dirk Schmidt, a China expert at Germany's Trier University, said "the Taiwanese population could live very well with the status quo and was not thinking on reunification." According to the survey, over 65 percent of Taiwanese are satisfied with current state of affairs and less than ten percent are in favor of reunification with China.

"The People's Republic of China has pushing to improve ties with the aim of achieving a political solution, while Taiwan has been playing for time," Schmidt told DW.

Relations between both sides of the Taiwan Strait have improved significantly since Ma Ying-jeou was elected president of Taiwan in 2008. A host of economic and trade agreements have been negotiated ever since, further strengthening and expanding the already close economic ties.

A Xi-Ma meeting at the APEC summit?

Taiwan's President Ma Ying-jeou wants to meet his Chinese counterpart Xi Jinping at the 2014 APEC summit. But this will only be possible if a set of political barriers fall, as Beijing doesn't recognize Ma as president. (08.01.2014)

A new group in Taiwan wants to address the threats independent reporting in the country faces on multiple fronts. New advertising models and a series of buyouts by Chinese companies are changing Taiwan's media landscape. (05.01.2014)

Taiwan's President Ma Ying-jeou is making one of his rare foreign trips. Only 22 countries currently maintain diplomatic ties with the island state. But the room for maneuver is narrowing. (22.01.2014)

China, Japan! Taiwan has something to say

As if the situation in the East China Sea weren't complicated enough, a third party, Taiwan, also claims sovereignty over a group of islands there. The quiet island state recently got quite loud. (26.09.2012)

Ma, who belongs to the Kuomintang Party, has been following a more conciliatory approach vis-à-vis Beijing than his predecessor Chen Shui-bian, whose Democratic Progressive Party (DPP) is independence-oriented.

On the one hand, China is by far the largest trading partner of Taiwan and over the last 30 years, Taiwanese companies have set up around 80,000 factories in the mainland, with investment amounting to around 100 billion USD. The best known firm is probably Foxconn, a technology contract manufacturer that also makes products for US tech giant Apple, among others.

On the other hand, Taiwan opened its doors to Chinese investors only three years ago, attracting investments worth some 800 million USD. Critics have started talking about a "sellout" of the island due to the intertwined economic relations and the Taiwan's growing dependence on China.

Even parliamentarians from the ruling Kuomintang party have kept a watchful eye on Wang Yu-chi's trip to China. Taiwanese MP Luo Shulei said: "We appeal to Wang Yu-chi, to remain vigilant, he must be careful and not fall into a trap." The decision to refuse visas to journalists who have criticized Beijing's policies and wanted to accompany Wang's delegation has been met with astonishment.

Beijing apparently wants to push Taiwan into a political rapprochement as long as the current government is in power. The next presidential elections in Taiwan are scheduled to take place in 2016, but local and regional elections are going to be held this fall. The ruling Kuomintang is under great pressure. 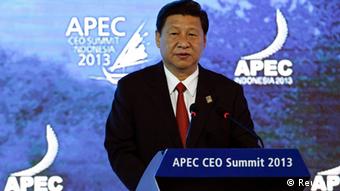 Will the leaders of China and Taiwan meet at this year's APEC summit?

President Ma is now regarded as very unpopular. China expert Schmidt argues that China's pressure on Taiwan over the past couple of months has created potentially irreversible precedents which could hinder a new administration from backtracking."

Experts are of the opinion that the recent meeting was possibly just an overture for even higher-ranking meetings between the two sides of the strait. Taiwan's negotiator Wang had repeatedly stated that he was working towards organizing a meeting between presidents Xi Jinping and Ma Ying-jeou at the upcoming APEC summit in Beijing. And that would be truly historic.