Thai authorities say the man arrested in connection with last week's deadly bombing at a shrine in Bangkok is not cooperating with investigators. Police believe he is part of a people-smuggling gang. 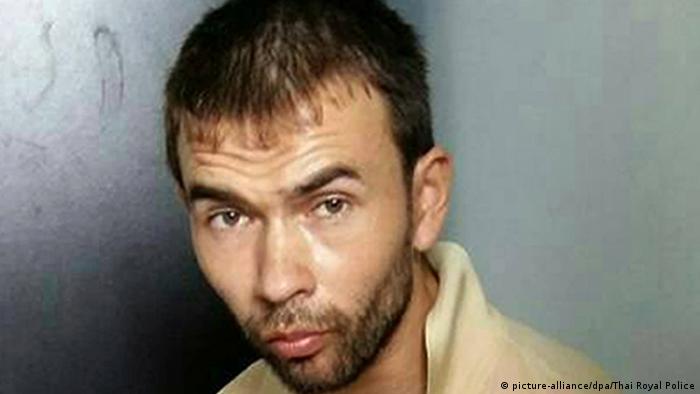 The foreign suspect reportedly refused to answer any questions or provide details about whether he played a role in the bomb attack that killed 20 people and left scores wounded, Thai officials said Sunday.

Police spokesman Prawuth Thawornsiri also said the detained suspect may have been part of a people-smuggling ring helping illegal migrants obtain forged documents. The spokesman added it was possible the attack was in retaliation for a recent Thai crackdown on the trade in the region.

"They (the gang) are unsatisfied with police arresting illegal entrants," he told Channel 3 in an interview.

"The interrogation is not making progress because the suspect is not really giving useful information," army chief General Udomdej Sitabutr told AFP.

"We have to conduct further interrogations and make him better understand so he will be more cooperative - while we have to be careful not to violate the suspect's rights," he added.

The 28-year-old foreigner was arrested on Saturday at a flat in Nong Jok on Bangkok's eastern outskirts. Police allegedly found bomb-making materials as well as a stack of fake passports at the property. Police spokesman Prawuth said the materials were similar to those used in the bomb that went off at the Erawan Shrine in the heart of the Thai capital on August 17. He added, however, that the detained man may only be linked to the attack, not the bomber himself. 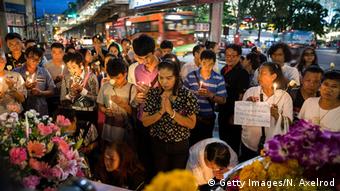 The suspect, whose identity is yet to be verified, is being held at an army base north of Bangkok on charges of possessing illegal explosives. Local reports suggested he could be from Turkey, but the Turkish embassy has denied the claim.

Following the blast, images were circulated of a yellow-shirted individual who was captured on camera leaving a bag at the scene of the explosion. It's not clear whether the man arrested Saturday is the same man in the video footage.

Thai police on Sunday were monitoring about 1,000 mobile phone numbers and checking photographs used in some 200 seized passports to track down other people who may have been involved in orchestrating the strike.

No group has claimed responsibility for the attack, which mainly killed tourists from across Asia. But local officials and experts have put forward a number of potential perpetrators and motives.

Some experts have suggested southern ethnic Malay insurgents, opponents of the military government and sympathizers of Uighur Muslims may be behind the bombing. Thailand forcibly repatriated more than 100 Uighur refugees to China last month, prompting an international outcry.