Telling the whole story: The constructive journalism challenge | News and current affairs from Germany and around the world | DW | 15.12.2020

With the media increasingly being accused of a negativity bias, more journalists are turning to constructive journalism. The final GMF digital session of 2020 discussed the possibilities and challenges of this approach. 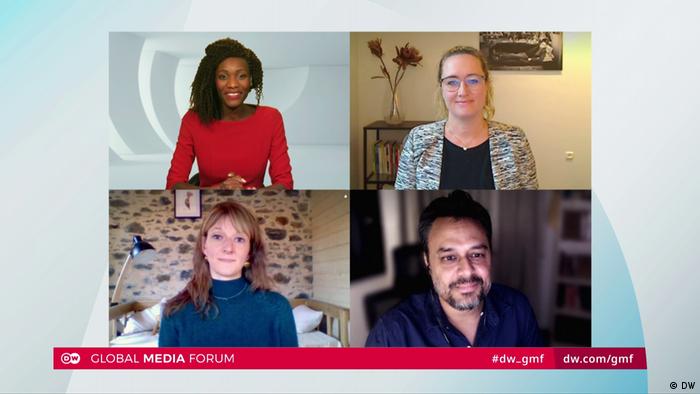 Too much doom and gloom is causing more of us to switch off the news. But what if the media had a new approach to reporting that inspired people, because it didn’t just identify problems but also explored solutions?

The approach is called constructive journalism, and it’s being taken up by a growing number of media outlets that believe that journalism needs to reinvent itself for the future.

The final digital session of the GMF 2020 was joined by three distinguished panelists to discuss some of the possibilities and pitfalls along this new path. They were: Danish journalist Gerd Maria May, founder of the consulting firm Room of Solutions; Nina Fasciaux, manager in Europe for the Solutions Journalism Network, and; Rishad Patel, the cofounder of Splice Media, a media startup based in Southeast Asia.

The session was hosted by DW’s Elizabeth Shoo.

The challenge of today’s journalism 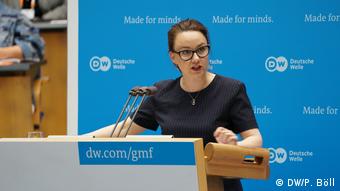 Michelle Müntefering, Minister of State at the German Federal Foreign Office, kicked off the session with a wide-ranging address, in which she emphasized the importance of journalism for democratic societies and the challenges facing the media in the digital age.

“The need for well-researched reporting and clear-sighted journalism is greater than ever,” she said. “We rely on journalists as curators of world events.”

The Federal Foreign Office is committed to protecting freedom of the press and freedom of opinion around the world and supporting media professionals in their work, Müntefering said.

But she also referred to some of the challenges facing journalists who are trying to provide comprehensive information, careful analysis and a balanced perspective.

“For many readers, listeners and viewers, black and white seem to be so much more appealing than the fuzzy grey in between,” Müntefering said.

“The more provocative and abstruse the news stories, the more exciting they are. Such an environment is fertile ground for conspiracy theories….But it takes more than an attention span of 30 seconds or 280 characters to really get to the heart of an issue.”

The whole picture of the world

These are some of the very problems identified by journalists who have developed the idea of constructive journalism, such as Gerd Maria May. She describes it as “looking at the whole picture of the world, … instead of only ‘if it bleeds, it leads’.” 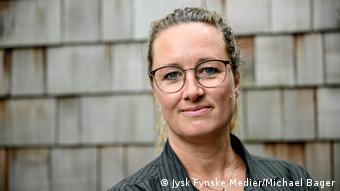 Solutions journalism, like the constructive approach, is also about telling the whole story, said Nina Fasciaux.

“It’s really about reporting on responses to social problems,” she said. “Omitting the fact that humanity is constantly responding to problems and progressing is omitting a part of the reality that is crucial for our democracies to progress.”

The idea of ‘let’s work together to solve society’ makes Rishad Patel feel that this kind of journalism “seems like the ultimate social contract.” In 2020, he said, “why are we even talking about journalism that doesn’t include people in the conversation?” 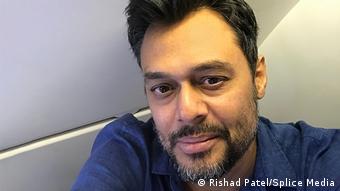 Engagement with audiences and communities is important, says Rishad Patel

In Denmark, May helped to introduce constructive journalism to a local paper, which then began to focus on some of the things that were going right in the community, instead of just the problems. But, she insisted, this did not mean being less critical as journalists or ignoring the bad news.

Fasciaux agrees that solutions journalism is not about feel-good stories. In fact, it cannot exist without an awareness of the problems, she said.

“At the very beginning, you need to provide the information to your audience about what the problem is. The question is, what do you do when the story remains the same, week after week or even year after year? What new information can you provide so that your audience is better informed?”

This approach is also about engaging with the audience and asking them what the most pressing issue is for them, Fasciaux said.

“As journalists, we often make mistakes about what really concerns our audiences. So it’s about listening to the problems and then looking at responses that seem to be working and from which we can learn.”

More journalists are realizing that the constructive news approach could be an interesting way of doing journalism, which could also benefit both society and the media business itself, according to May.

“When we look into research, it looks like loyalty and relationships are much stronger when we show solutions and we engage with people,” she said.

“So we are building loyalty, and it looks like that will be the future of most business models out there.”

One size fits all?

Can every story be told in a solutions-oriented way? Certainly many can. According to Fasciaux, the Solutions Journalism Network has a database of 10,000 solutions stories from around the world. “I can assure you that there are solutions stories on any topic,” she said.

Sometimes covering stories in a solutions-oriented way means looking back in history to how a community with a previous pandemic, or looking at somewhere else in the world to see who is tackling a problem well, Fasciaux explained. 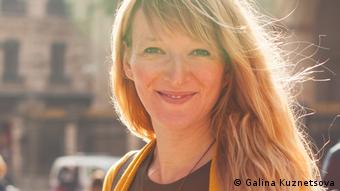 Questioning the role of journalists

Some critics of constructive journalism worry that it could cross a line between reporting and advocacy, and according to Fasciaux, it is important to safeguard against this.

“We should not flirt with any kind of activism,” she said, adding that it is important to remain critical and rigorous when reporting on solutions.

“You can be looking at solutions without feeling that you are betraying the role of the journalist. It’s kind of moving from being the 'watchdog' highlighting problems, to being the 'guide dog' saying, ‘Hey, here are the models that seem to be working’.”

Constructive journalism is not only useful, it is necessary, according to May. And it appears to be becoming more established in countries around the world.

In Southeast Asia, countless media startups have embraced the approach, include Wapatoa in Cambodia, which aims to “teach young people how to grow up,” Rishad Patel explained. Open Development Cambodia, Investigative Earth, New Naratif and Boonmee Lab, a small data newsroom in Thailand, are further successful examples, he added: “There are tons and tons.”