Tanzanians are set to go to the polls in one of the most tightly contested elections since independence. The youth vote could determine the outcome; young Tanzanians want a government that addresses their concerns. 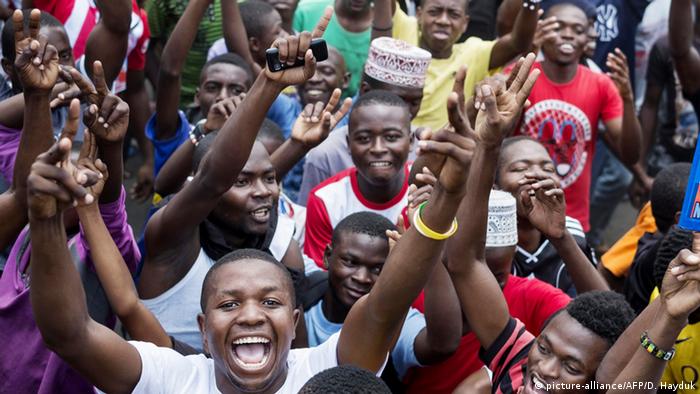 The working day begins for Gladness Machange at 7 am. As a gardener in a private house in Moshi, a municipality at the foot of Mount Kilimanjaro, she sweeps the courtyard, waters the plants and does the weeding.

She is looking forward to the elections on Sunday, October 25. "I was at high school but when I reached the 11th grade my father said I would have to stay at home because he couldn't pay my tuition fees," she said. The lack of the equivalent of 50 Euros ($57) meant that Gladness was deprived of a school leaving certificate. Consequently it was difficult for her to find a job, even an unskilled one. She often wonders what would have happened to her had she been able to continue with her education. Perhaps she could have become a teacher by now. Or have gone on to study at university. She thinks everybody should have access to affordable education. 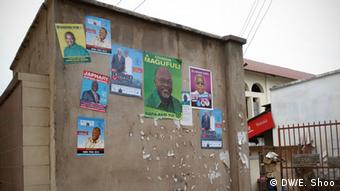 There could be as many as 5 million first time voters

Tanzania's politicians know that young people are a force to be reckoned with. The young make up the biggest chunk of the electorate. "50 percent of the Tanzanian population is aged between 18 and 32 and statistics show that younger voters tend to favor the opposition," said Ben Taylor, a media and political analyst based in Tanzania and the UK. Machange is one of Tanzania's 5 million first time voters in Sunday's poll.

Politicians from all parties are promising to create more jobs, especially in industry. Unemployment in Tanzania stands at 7.4 percent. That may seem a low jobless rate, but most of the jobs in Tanzania are to be found in the underdeveloped agricultural sector. And young people are fed up with empty promises. "We don't want promises that can't be kept," said medical student Nchang'wa Nhumba. "Every year the politicians come to us brimming over with promises. But as soon as they are elected, they forget what they told us," he said. Nhumba wishes that the country's politicians would keep at least 85 percent of their promises. Then the nation's youth would be content, he believes. 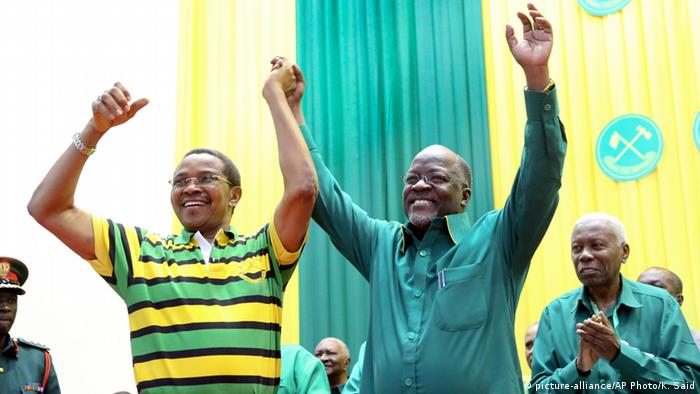 Israel Augustine believes one cannot blame the government for the lack of jobs. He has a university qualification and runs his own business. He is a passionate supporter of the ruling Chama Cha Mapinduzi (CCM) party as is apparent from his signature green cap and yellow-green T-shirt. "Many young people are just waiting for the government to hand out money to them. But that is something no government in the world can do," he said. Augustine's sole criticism is that politicians tend to refer to plans which would take 20 years to implement. "Yet they are only elected for five years." He wishes that the promises were more realistic. He would like to be a politician himself one day, in the ruling party.

Not every Tanzanian who would like to take part in the political process will be able to do so. University student Esther Manka wasn't able to register in time. It would appear the authorities were overwhelmed. "Four people were supposed to register 3,000 voters in five days," she said. Voters also "needed to supply a photograph, bring documents with them and sign for things." Requests for more time were to no avail. 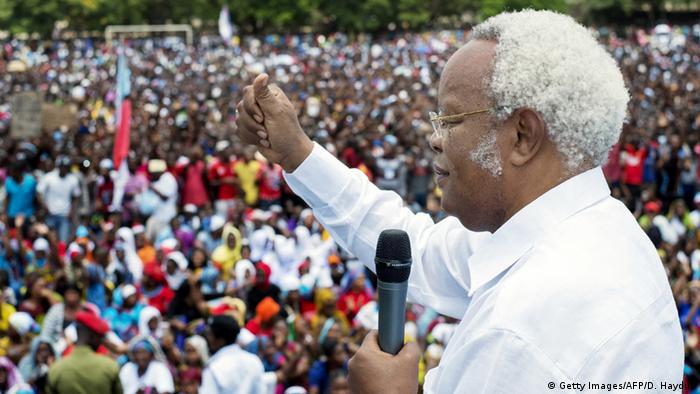 Edward Lowassa is the presidential candidate for a coalition of oppostion parties. Analysts predict a tight race

Taylor said a lot of students are expected to have trouble voting. The universities are now closed until after the election, but that is exactly where the students got themselves registered. "They were registered near their universities, but live somewhere else. In other words they will have to spend a few days travelling in order to vote," he said.

Critics suspect this is a deliberate plan to keep educated youngsters away from the polling stations. There are also rumors that young people could be used by various parties to foment unrest. In a bid to forestall any violence, the universities put on special interactive events in Dar es Salaam and Zanzibar. "We spoke to artists, young men on motorbikes, youths on the streets," said Zainab Abdallah, one of the organizers."We don't want any unrest on October 25th," she said.

President Nkurunziza of Burundi ran for a third term. Other African rulers may soon do likewise. But Tanzania's Jakaya Kikwete is stepping down after his permitted two terms in a boost for democratic governance. (16.10.2015)

Chance for historic change in Tanzania

In October Tanzanians go to the polls. Many members of the governing party have crossed over to the opposition. Experts expect a close finish - and a test of the strength of East African democracy. (04.09.2015)

Gauck in Tanzania: 'A change for the better is possible'

German President Joachim Gauck has arrived in Tanzania for a four-day state visit. For Germany, Tanzania is a stable and trustworthy partner. And what’s more, it now offers bright economic perspectives. (03.02.2015)