Tanzania's transport minister recently sacked 13 airport officials suspected of harassing and extorting money from passengers. It's a problem not confined to one African country. 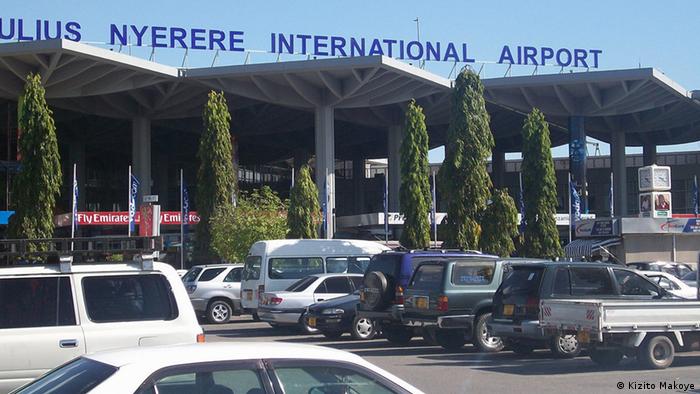 Airplane passengers coming from countries where spontaneous offers of help are rare are often enchanted by the warm hospitality they receive in Africa. With smiles wider than their faces, airport officials offer to guide foreigners through customs and immigration as a goodwill gesture and help them to carry their bags.

But now such encounters have become infrequent as cash-strapped officials are busy exploring the possibilities of taking a bribe. From Murtala Mohammed International Airport in Nigeria to Kamuzu Banda Airport in Malawi and Julius Nyerere Airport in Dar es Salaam, giving bribes has become common.

"They would grab your passport and tell you, 'you are in big trouble. Come with me,' and lead you to a place to explain how the problem can be solved. If you are not careful you will wait for hours until you pay up," said Abdulaziz Murtaz, a traveler from Dubai who claimed to have been ripped off upon his arrival in Dar es Salaam recently. 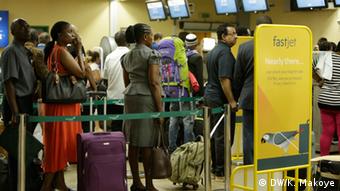 Waiting to check in at Julius Nyerere Airport

According to Murtaz, the only way to soften the mood of a stone-faced scowling officer so that he doesn't take your passport away is to give him a bribe. Extorting bribes is becoming increasingly common in most airports in East Africa where passengers' complaints are often ignored by corrupt officials tasked to investigate such cases.

In Tanzania, there are signs of change as the government strives to restore its international image following incidents of foreigners being humiliated. At Julius Nyerere International Airport 13 officials were recently removed after being accused of soliciting bribes and harassing foreigners.

Edward Hosea, director general of the Prevention and Combating of Corruption Bureau (PCCB), said they had started interrogating the accused officials in connection with the allegations.

"If we find enough evidence against them, they will be prosecuted” Hosea said.

The officials' removal followed complaints made by foreign visitors notably from China, India and the United Arab Emirates who claimed that they were being mistreated and often had their agricultural products and medicines seized unless bribes were paid.

Passengers alleged to be in possession of counterfeit goods

Tanzanian transport minister Harrison Mwakyembe said he had ordered "the immediate removal" of the officials. 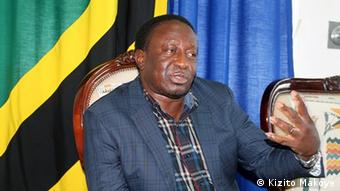 Mwakyembe said he had videotaped evidence from closed-circuit television of the alleged abuses. He said that the officials habitually grabbed travelers' passports, with the anticipation of seeing a $50 or $100 dollar bill perched inside and in the absence of which the passengers' travel documents would be confiscated.

The officials have denied the accusations saying any charges against them can only be proved by a court of law.

"I don't want to comment more, as you know these are just accusations, unless the court proves otherwise we are innocent” said Tedy Mwasenga, a security official from the Ministry of Agriculture and Food.

Mwakyembe said the sacked officials were allegedly demanding bribes from passengers who did not have yellow fever vaccination cards and, at times, they threatened to "inject" passengers unless they gave them money.

Some officials solicited bribes from passengers by alleging that certain products they were carrying were counterfeit.

“In accordance with the law, if it is proved the products are fakes they should be destroyed. But surprisingly, after the passengers bribed the officers they were allowed to keep their products while those who refused to offer bribes lost their goods. It is alleged that the officers were taking such products for their home use,” the transport minister said.

Julius Nyerere Airport has come under increased scrutiny recently in the wake of repeated arrests over drug trafficking allegations.