Syrian opposition plans ′The Day After′ in Berlin | World | Breaking news and perspectives from around the globe | DW | 28.08.2012

Syrian opposition plans 'The Day After' in Berlin

Syrian opposition activists have been discussing in Berlin what to do in post-Assad Syria. Muriel Asseburg of the German Institute for International and Security Affairs explains the aims of the workshop to DW. 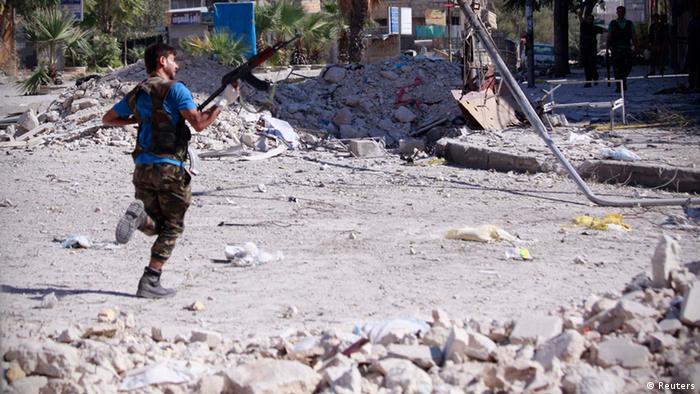 Deutsche Welle: Ms. Asseburg, for the past few months, a group of Syrian opposition activists have been meeting at the German Institute for International and Security Affairs (SWP) discussing plans for a peaceful transition once President Bashar Assad's regime falls. How did the project come about?

Muriel Asseburg: The initiative for the project came from a group of Syrian exiles. They wanted to discuss the challenges of the period after regime change. They also wanted to win over those Syrians who have been skeptical or even dismissive of the purpose of the revolution. They also want to send a signal to the international community that the opposition can work together and has a clear idea of how their country should develop after the revolution. 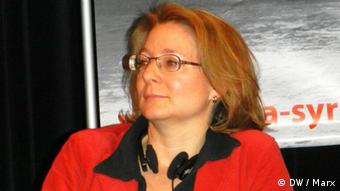 Muriel Asseburg is providing support for the working group

Who is in the working group?

The group is mainly made up of Syrian exiles, particularly those who have been living in the US. They chose other participants and created a Syrian council for the project. We and our American partners, the United States Institute of Peace (USIP), supported the project by making our rooms, infrastructure and expertise available. Around 45 people took part altogether. They are expressly not called up as representatives of various political parties or alliances, but because of their specialist knowledge, their personality. Nevertheless, they made sure that the most important religious and ethnic groups and the most important political movements were on board. The participants belong partly to the internal, and partly to the exiled, opposition.

What image of post-Assad Syria does the group have?

The members agree, for example, that in a Syria after Assad all citizens should be equal before the law, regardless of their confession or their ethnicity. That might not sound particularly spectacular to German ears, but after forty years of the Assad regime in Syria, it is anything but a given. You have to remember how strongly the political order has been based on privilege and discrimination up until now.

What questions were at the center of the workshop?

We had six working groups, dedicated to six different issues: transitional justice, the rule of law, the constitution and its principles, the electoral system - particularly the election of an assembly that will decide the constitution - economic recovery and social policy, security sector reform. For the participants, these points are of central importance for the short- to mid-term future of Syria. One of the most important points in the short term is the security question. The main point is re-establishing order and preventing acts of retribution, which will require measures to be taken before the fall of the regime. At the same time, the foundation must be laid for the establishment of a democratically controlled security apparatus.

Reconstruction is likely to cost the Syrians a lot.

Yes. The 40-year reign of Assad - both father and son - has created a huge economic inequality that was only increased by the partial liberalization of the last few years. On top of that comes the armed conflict of the last year and a half. All this means that the humanitarian challenges and the work of reconstructing the country will be immense - not to mention the transformation of the economic system. 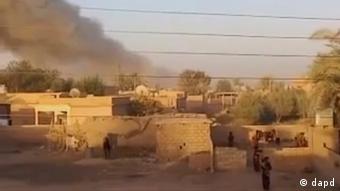 How do the members of the working group see the role of western states? They have been very reticent in the last year and a half.

Indeed, it has been very difficult for the Syrian opposition to watch the brutal repression continue in their country day after day while the west does nothing decisive to end it. All they see is the hypocrisy of western politics. The west considers itself a defender of human rights, but when that claim is seriously called upon, at least as many Syrians see it, it does not intervene to enforce it.

How do the participants see Germany's role specifically?

Even if the participants would like it otherwise, they do have a certain amount of understanding that Germany has been reluctant on the question of military intervention. They also acknowledge that Germany has been providing humanitarian aid. And they value the fact that Germany, along with the United Arab Emirates, has been working towards Syria's economic recovery.

Dr. Muriel Asseburg is Senior Fellow in the research group on the Middle East and Africa at the German Institute for International and Security Affairs (SWP) in Berlin. She oversaw the The Day After project for the SWP.