Russian S-300 air defense missile systems have arrived in Syria, according to the Syrian president. Israel has long feared the delivery of the long-range missiles, calling them a "threat" to its own security. 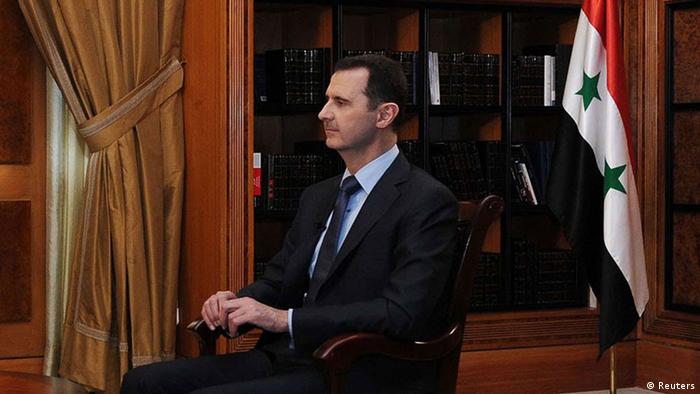 In an interview with Lebanese broadcaster, Al-Manar TV, the Syrian president confirmed that Damascus had received the surface-to-air missile system from Russia. The quotes were released in a preview for an interview slated to be aired later on Thursday.

"Syria has got the first batch of Russian S-300 missiles ... The rest of the shipment will arrive soon," President Bashar al-Assad said.

Western countries and Israel have repeatedly criticized Russian President Vladimir Putin for allowing weapons shipments to the Assad regime. However, Moscow contends that the deliveries stem from contracts completed prior to the start of the Syrian civil war.

In recent weeks, Israel had indicated it would be prepared take action to halt an S-300 delivery, which it deems a threat to its own citizens. An official speaking on the condition of anonymity to Reuters news agency said that Israel was trying to verify the Thursday report.

President al-Assad told Al-Manar on Thursday that his army would "respond immediately to any new Israeli aggression" on Syria.

The Israeli military has already conducted airstrikes against arms shipments outside of its own territory. Earlier this month, it destroyed Iranian weapons outside of Damascus believed to be headed to Shiite militant group Hezbollah in Lebanon, according to media reports.

"We are under the impression that the National Coalition (SNC) and its regional sponsors are doing everything so as not to allow the start of the political process and achieve military intervention in Syria through any means possible," Lavrov told reporters, referring to stalled progress on organizing a Russia-US backed international peace conference, dubbed Geneva 2.

Lavrov was also referring to the EU's decision to allow an arms embargo to expire at the end of the month, which would allow member states to ship weapons to the opposition fighters.

By sending help to Syria's warring factions, Iran, Saudi Arabia and Qatar are struggling to gain influence in the Middle East. The conflict between Sunnis and Shiites has become a proxy war over strategic regional goals. (30.05.2013)

The Syrian government has agreed to attend Geneva 2. However, the SNC refuses to attend without the guarantee of al-Assad's unconditional resignation.

"The [SNC] is not prepared to take part in the conference without preconditions. These conditions are impracticable. And in general, nobody should be throwing ultimatums around," Lavrov said.

There was no immediate response from the opposition coalition.

International leaders worry that delaying peace talks could allow the turmoil in Syria to spread through the region.

A major battle for the strategic border town of Qusair, now entering its second week, has highlighted the danger to Lebanese security. Their involvement has thus far sparked violence in Tripoli in Beruit between ethnic Shiite and Sunnis, who support the Syrian government and the Syrian opposition, respectively.

At least 80,000 have died in the Syrian civil war, according to UN figures. Several million people have been displaced within Syria and over 1 million more into neighboring countries.