The new wave of sex abuse allegations currently plaguing the Catholic Church has reached Switzerland. A Swiss abbot said victims, not the church, should be the ones to press charges. 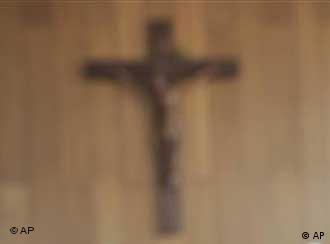 It is unknown where the reported Swiss abuse cases occurred

The Catholic Church in Switzerland is investigating sixty claims of sexual abuse by priests, the Swiss news agency SDA reported.

Abbot Martin Werlen of the Benedictine Abbey of Einsiedeln told the newspaper Mittelland-Zeitung that the church is looking into the claims. The church itself will not press charges, Werlen emphasized, and intends to advise victims to do so themselves.

"We find it important that the victim himself determines what steps to take," the cleric told the Mittelland-Zeitung, cited by the Swiss news agency. 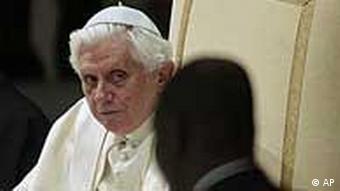 The Vatican is under increasing pressure to instigate new preventative measures

The abbot of Einsiedeln, who is part of a Bishops' Conference investigating the charges, confirmed that confessions by offending priests would be kept in confidence.

Abbot Werlen told the Mittelland-Zeitung that the church is looking in to the cases and pursuing a strategy for effective prevention.

In an interview with the online edition of the Neue Zuercher Zeitung, Werlen proposed creating a central organization for dealing church abuse accusations. The organization should play a "coordinating role" in handling the abuse claims, the Benedictine said.

Europe's Catholic Church has faced a wave of sex abuse allegations across Ireland, Germany, Austria, Poland and the Netherlands in the past few weeks.

Child abuse scandals in Ireland and the United States wreaked havoc on the Church's reputation and finances in recent years, with the US Church paying some $2 billion (1.45 billion euros) in settlements and legal fees.