Tired of what they say are fabricated stories in the pages of German gossip magazines, the Swedish royal family is hitting the rumormongers where it really hurts, the wallet. They're suing one publisher for millions. 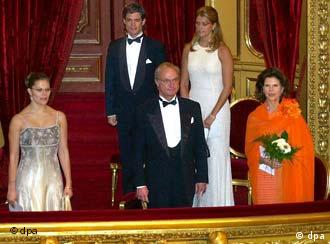 The Swedish royal family is not amused

"Will a millionaire kiss away Silvia's tears?" or "Victoria: why she'll never have children" are just two of the many headlines that have rankled Sweden's bluebloods. One too many stories about Princess Victoria wanting to marry a Greek prince or Queen Silvia and King Carl XVI Gustaf on the verge of getting a divorce have finally sent the Scandinavian aristocracy to their attorney's office.

The Swedish court says they're fed up with allegedly false, slanderous stories and outrageous photo montages in several German magazines and they've hired a Hamburg attorney to do something about it.

Matthias Prinz, a lawyer who specializes in media cases, has a good track record going to bat for wronged royals. Representing Princess Caroline of Monaco, he won €92,000 from Germany's premier gossip sheet, Bunte, in 1996 and €102,000 from another scandal sheet, Gala, in 2001. 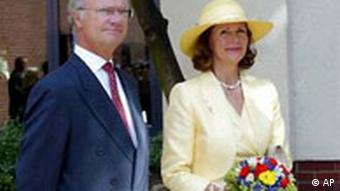 But this time, sorry isn't enough. The Nordic nobility is pushing for full damages.

Although Prinz won't reveal how much he's asking for, rumor has it that it's more than €4 million ($5.3 million). The Swedish press is reporting he is suing for 1,558 "lies" on 500 front pages of magazines published by the Klambt group, based in southern Germany.

"They thought up these stories, now they have to face the legal consequences," Prinz told the Frankfurter Allgemeine Zeitung newspaper.

The Klambt group publishes titles that focus on astrology, pets, hairstyles, recipes and puzzles. Among its magazines under fire for monarchical mudslinging are "Women's Week," "Women's World," and "New Woman," all of which generally feature some celebrity in hardship -- real or imagined --somewhere prominently in the issue.

The trouble's real this time

Although many of the high-profile travails in the magazine might be dreamt up, or at least "enhanced" in some fashion, the quandary facing the publishing group is most definitely not. According to Klambt executive Rudiger Dienst, a million-euro damage settlement could ruin the company.

"Three hundred employees will be out on the street if we have to pay up," he told the Swedish newspaper Svenska Dagbladet.

He admits his magazines may not be as pure as the driven snow in this royal matter, but hopes a bit of mercy will be shown by the court. "We're repentant sinners," he said.

Frederik Gets His Mary

Princess Caroline of Monaco won her case against German tabloids at the European Court of Human Rights. It ruled that freedom of the press in Germany was wrongly taking precedence over the private lives of celebrities. (June 24, 2004)

A Modern Fairy Tale for Spain

Spain's Crown Prince Felipe married former television presenter Letizia Ortiz on Saturday in Madrid's Almudena cathedral. The couple was cheered on by crowds of spectators undeterred by pouring rain and tight security. (May 22, 2004)