Sushil Koirala, who ran the country for barely 18 months from 2014, passed away after suffering from pneumonia. He spent his life in politics fighting for democracy in Nepal. 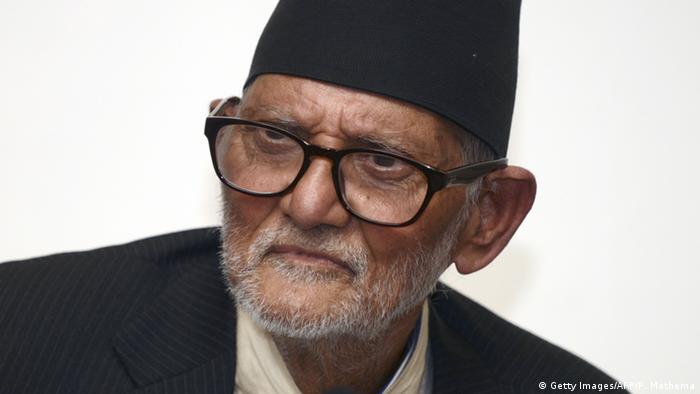 Koirala's doctor, Karbir Nath Yogi, said on Tuesday that the 76-year-old died due to complications from pneumonia and respiratory failure. He had also undergone radiotherapy for lung cancer in 2014, officials said.

Born in the eastern city of Biratnagar in 1939, Koirala entered politics in his teens, becoming the leader of the nation's largest political party, Nepali Congress, in 2010, and then prime minister in February 2014.

He was a key figure in the adoption of Nepal's new constitution last September, which helped restart and complete a stalled peace process after a decade-long Maoist insurgency.

But the adoption of the charter sparked violence, with more than 50 people killed in clashes between police and ethnic minority demonstrators.

After ethnic Madhesis blocked border points with India and imposed a general strike in south Nepal, Koirala attempted to resolve the issue by negotiating with the protesters.

But he faced heavy criticism for his government's sluggish response to a massive earthquake that devastated the Himalayan nation last April, killing nearly 9,000 people.

Analysts said Koirala's politics meant he was always in trouble with the country's kings who had barred political parties since the 1960s.

He spent 15 years in exile in India because of his opposition to the party-less system imposed by the kings.

He was also jailed for at least six years, three of them for his involvement in a plane hijacking in 1973.

On Tuesday hundreds of his supporters gathered to pay their respects outside the Nepali Congress party's headquarters where Koirala's body lay.