Your ticket to the German classical music festival scene: Concert Hour has the picks of the season — two hours of music updated regularly.

"I try to reinvent the word 'music festival' every year over and over," says Oliver Wille, director of the Hitzacker Summer Music days. In the year of the pandemic, that was truer than ever. We'll take you there for chamber music of the finest order.

In Hitzacker, a small town on the river Elbe in an out-of-the-way part of northern Germany, there's a summertime festival that's been going on since 1946. They weren't going to allow the 75th edition to fall by the wayside because of a mere pandemic either.

In accordance with state regulations, the programs were shorter, the numbers of listeners admitted to the Verdo Hall scaled back from 650 to 150, and each program was played twice so that more visitors could enjoy them.

As director Oliver Wille said, there was an upside to this very particular situation: "I was very lucky to be able to invite some stars who were not free before. They were on my wish list but were usually so busy in the summer. But this year they were free and willing to come." 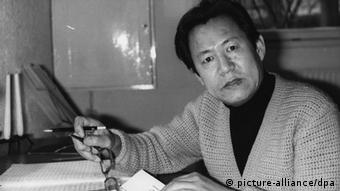 Pianist Thomas Hoppe told DW that reaching an agreement with Oliver Wille didn't require a lot of negotiation. "The artists wanted to be part of it," said Hoppe, "So we told him: 'Count us in. Split the concert into two or three parts? Play wearing a mask? Shorten the program? We'll do whatever you want, just make sure the show can go on.' We artists really couldn't have done more to support him in getting this festival on the road."

The program starts with a piece by the Korean composer Isang Yun. Titled "Li-Na in the Garden," it was written for his granddaughter to play. Each of the pieces describes an animal, and No. 5 a "Little Bird."

Following that is Korean violinist Bomsori Kim's first public performance of Beethoven's "Spring Sonata," though it doesn't sound like that.

Kim also requested having Szymanowski's Nottorno and Tarentella on the program, a piece that she says has "such a special harmonic progression and can be very weird. It's direct, and you can hear right away that it's so imaginative. I can draw scenery from this music. And the tarantella is such a wild piece." 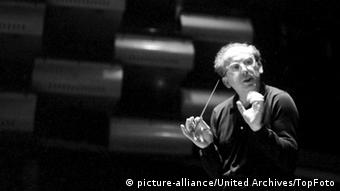 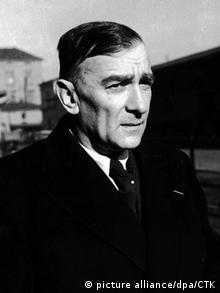 Clarinet, viola and piano is an unusual combination of instruments, but after listening to the works by Mozart, Bruch, Saunders and Schumann this hour, you'll have an acquired taste for these sound colors.

A small town on the bank of the River Elbe in northern Germany with lovely red brick houses, an old city center with cobblestone streets and a little harbor, Hitzacker also has the Verdo Hall, from whence our concert comes to you. 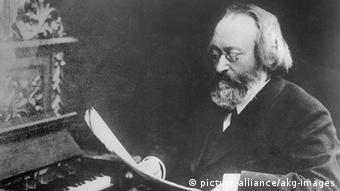 So was doing it 74 years later, in the year of the pandemic, explained director Oliver Wille to DW: "I was reading the letter the first artistic director wrote to the governor here in this county. It says: 'Even though it seems impossible, let's do everything that we can have music here.' It started with house concerts and grew from there. In 2020 we have kind of the same situation. It seems impossible, but this same spirit is there now, and very real."

The playbill includes Schumann's Fairy Tale Stories, which as pianist William Youn explained, draws the listener into the composer's personal world: "Schumann loved fairy tales very much," said Youn, "and I think he lived in a kind of fairy tale. He loved fantasy worlds and he liked to make character pieces to describe his friends. There are no specific stories connected with these pieces, so listening to them, you can make your own story."

The name of Mozart's "Kegelstatt" Trio comes from a pastime that was popular in the German speaking lands even in Mozart's time: "Kegeln," which is similar to bowling.

"Legend has it that he wrote this first motif of the trio on a napkin while bowling," said violist Nils Mönkemeyer. "I think that he wrote it for himself to play with his friends, because he loved to play the viola." 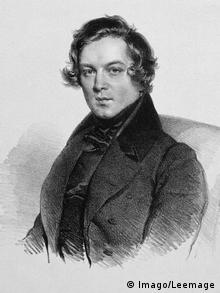 Mönkemeyer explained how timbres can lend themselves to an interesting instrumental dialogue: "The viola and the clarinet are quite similar in register, so that actually gives the piano a completely different role than the pianist will have in a piano quartet, for example. In Mozart's Kegelstatt Trio, it sometimes really feels like a piano concerto - and then you have dialogues between the three instruments. It's like three soloists talking to each other, and it gives every player a lot of freedom."