The EU is abolishing its system of quotas and minimum pricing for sugar from October 1, in a change seen as boom or bust moment for producers and a sweetener for consumers as prices are expected to fall. 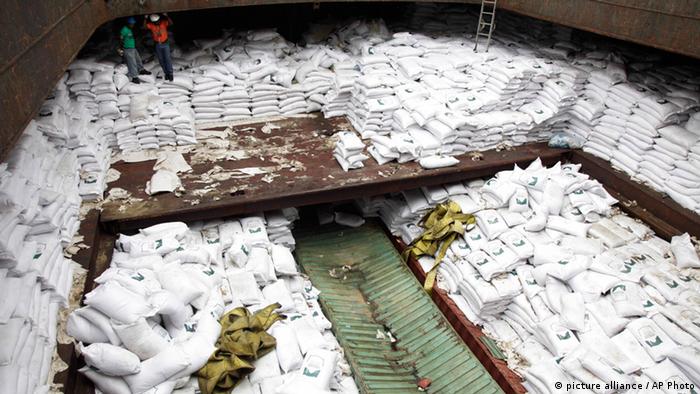 The end of almost 50 years of Brussels protectionism on sugar production is set to shake up the industry on a global scale. As the EU abolishes its minimum price and production quota for beet, the bloc may become a net exporter for sugar for the first time in over ten years.

"The EU is poised to become a net sugar exporter of about 2 million tons," said Robin Shaw, an analyst at commodity brokers Marex Spectron.

In anticipation of the change, the European beet sector has already been restructured, with an EU compensation scheme facilitating the closure of factories and reducing the number of growers relying on state support.

And thanks to improved seeding, beet yields have been rising, particularly of growers in the European "beet belt" that runs through parts of Britain, France and Germany.

France is expected to lead the charge, increasing its sugar output by some 20 percent after 2017. "Our objective is increasing yield and reducing costs," Alain Jeanroy, head of the French Sugar Beet Growers' Association (CGB) told an industry conference earlier this year.

The United States Department of Agriculture (USDA) estimates that EU sugar production will rise from 14.3 million tons in the 2015/2016 marketing year to 18.6 million tons in 2017/2018. As the bloc becomes a net exporter, imports to the EU will take a massive hit, falling to just 0.5 million tons post-2017 from 3.8 million now.

"How much Europe can export will depend on what the international market looks like. The current levels look good for Europe, but if it's below 18 cents per pound then Europe is not competitive," said Claudiu Covrig at Kingsman, the sugar analysts now part of S&P Global Platts.

EU producers are expected to export primarily to markets within the EU, but also potentially to Africa and the Middle East. As a result, the least efficient EU beet growing producers, such as Italy, Greece, Spain, Portugal and Nordic countries, will struggle to compete in the years to come.

However, so-called ACP countries in Africa, the Caribbean and the Pacific might be forced off the European market altogether. Fairtrade - a global marketing platform championing sustainable trade relations with developing countries — has warned that 200,000 small-scale farmers in those countries could be "pushed into poverty" over the next two years.

"Hundreds of thousands of sugar producers, including 62,200 farmers who supply Fairtrade, face a deeply troubled future," the organization said in a recent analysis, noting that sugar production was a constituent element of many developing economies.

As the EU beet industry restructured, the EU sugar price fell from more than 700 euros ($825) a ton in 2013 to around 500 euros in early 2017, close to the world sugar price. Analysts expect that Europe's prices will become more volatile.

But consumers could benefit from falling prices, although not immediately, according to Callum Macpherson, analyst with Citybank Investec.

"If prices are passed through to consumers, where you might see a noticeable effect at some stage is on the cost of buying a bag of sugar in the supermarket," he said.

There could, however, also be trouble ahead for growers. The removal of the EU milk quota system in 2015, for example, resulted in a price crash that drove thousands of European dairy farmers out of business.