Steve Reich, one of the world's greatest living composers, turns 80 on October 3. The trailblazing minimalist explained to DW in 2011 where his art fits into music history. Here's a repeat publication of that interview. 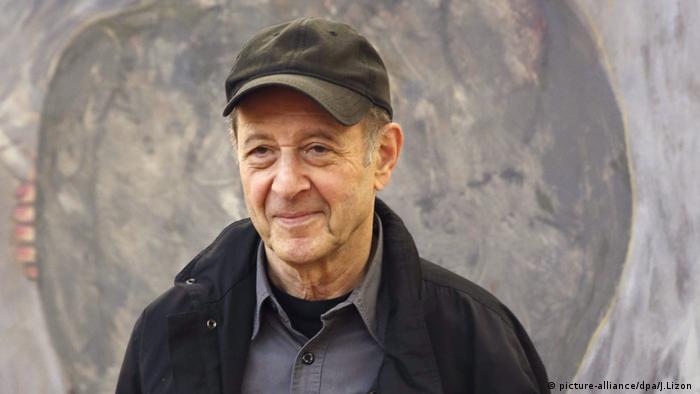 Deutsche Welle: You performed at the Beethovenfest, so it's only logical to ask: where does Beethoven belong in your pantheon of composers?

Steve Reich: Beethoven was a great, great composer, whom I admire enormously. But for me, music history basically begins with Gregorian chant then goes to the end of 1750 with the death of Johann Sebastian Bach. Then it goes on without me paying much attention until Debussy, Ravel, Stravinsky, Bartók and so on. The entire classical and Romantic period is filled with geniuses that I don't listen to and from whom I've learned absolutely nothing.

I've learned the most from medieval music, from Bartók and Stravinsky, from John Coltrane, the jazz musician, and from Perotin in the 12th century in Paris.

At the beginning of the 20th century, people tended to think about progress in music. Does music have to go somewhere - does one piece or one composer lead to the next?

Well, there is a continuation in musical history - let's say from Gregorian chant up through the death of Johann Sebastian Bach. Then there's a break. Even his sons felt, "We can't go on this way." And they began with a much simpler music. Then the movement from Haydn to Mozart to Beethoven to Schubert to Schumann on to Brahms and to Wagner, in particular, is all so continuous. It gets harder to tell what key you're in. It gets less and less rhythmic. Any orchestra can play Mozart or Haydn without a conductor. But no orchestra on earth can play Wagner without a conductor because he's just not about rhythm at all.

Schönberg is the beginning of the death of German Romanticism. It's about deciding that we didn't need harmonic organization. But this was music for a small cadre of listeners. I think Schönberg said, "In fifty years, the postman will whistle my tunes." Well, it's been over a hundred years, and there is no postman on earth who whistles his tunes. There never will be a postman who whistles his music. Now this doesn't mean Schönberg wasn't a great composer - he is. But he's in a dark corner and always will be.

What I and other people did was not a revolution. It was a restoration of harmony, of rhythm in a new way. We also recognized that there has always been a connection in Western music between popular music and classical music.

Mozart wrote a letter to his father that gives insight into his composing. He writes that he wants his piano concertos to appeal to the cognoscenti without going over the heads of the neophytes. Do you have the listener in mind when you compose?

When I compose, I notice I'm the only one in the room. (laughs) I tend to be a somewhat self-critical person. I use my emotional faculties to judge whether I want to hear something again. Basically I have no one in mind except pleasing myself. And my basic idea is, well, if I love it then hopefully you will love it too.

People ask me, "What do you want the listeners to feel?" To me, that's an absurd question. I care very deeply that people want to hear my music. But how they will take it, what it will conjure up inside of them - who knows?

Looking back at music history, you sometimes see an overriding influence - without being aware of it, composers were influenced by something in the times in which they lived. Does this enter into your own creativity?

I think all of the music that we know and love comes from a time and a place. For me, one of the great examples is Kurt Weill. In the "Threepenny Opera," Weill simply recreated - in his way - the cabaret band and the cabaret vocal style of the period and created a universal masterpiece which people can appreciate in Russia or in the US who know nothing about the Weimar Republic. But it couldn't have come from any other time or place.

I was born in New York City, and you can hear that in my voice, in the pace of my speech and in the rhythmic energy of my music. I've actually come to dislike all cities and particularly New York. We moved out in 2006, and we've had a place in Vermont which was like my savior for 30 years.

With "Tehillim," one of the best pieces I ever wrote, at the end of the page where I gave the date, I wrote New York, Stuttgart, Paris, New York, Vermont. Now, I sort of remembered writing the ending in Vermont, but who would know what part was written where, and who would care? "Vermont Counterpoint" was written partly in Vermont and largely in New York. But New York City is inside of me whether I like it or not, and no matter where I am.

The more composers give honest testimony to that time and place, the more we tend to love them.