A court in The Hague has ruled that the Dutch state was responsible for the deaths of three Bosnian Muslims who died in Srebrenica in 1995. The ruling could set a precedent for future UN missions. 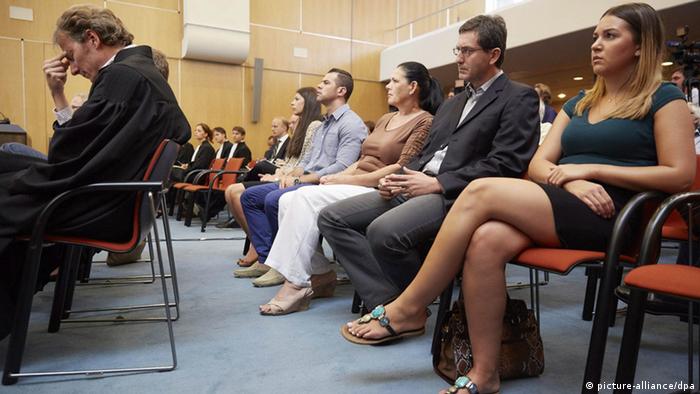 The supreme court of the Netherlands on Friday upheld a 2011 appeals court judgment, which had found that the Dutch state could be held liable.

"The court decision is upheld," Judge Floris Bakels said as he handed down the ruling.

The decision means that the victims' families can sue for compensation for their losses from the Dutch state.

Some of the victims' relatives who were in the courtroom on Friday broke down in tears and hugged each other after hearing the ruling.

The supreme court decision concludes a case that began in 2003, when Hasan Nuhanovic (pictured above), a local interpreter for Dutch troops in Bosnia, filed the legal complaint, along with relatives of electrician Rizo Mustafic.

On July 21, 2008, Dragan David Dabic - an alternative medicine doctor - was arrested in Serbia. In reality, Dabic was a false identity for one of the world's most-wanted men: alleged war criminal Radovan Karadzic. (21.07.2013)

The complaint asserted that the Dutch state was responsible for the deaths of Mustafic and Nuhanovic's father and brother, as Dutch UNPROFOR peacekeepers expelled them from their base at Potocari, just outside of Srebrenica, shortly before Bosnian Serbs began rounding up and killing 8,000 Muslim men and boys in July 1995.

It also asserted that they could have been saved had the Dutchbat troops allowed them to remain on the base.

Nuhanovic's mother, who was also expelled from the Potocari base was also killed, but her death was not part of the legal complaint.

Around 8,000 Muslim men and boys died in what became known as the Srebrenica massacre after Bosnian Serb forces under the command of General Ratko Mladic forced their way into what had been declared a UN safe area.

Both Mladic, and the wartime president of Republika Srpska, Radovan Karadic, are currently on trial on war-crimes charges at the International Tribunal for the former Yugoslavia in The Hague.