Book sales are declining across Europe and US giants are poised to pounce on new markets. One answer for European publishers could be to band together to create a common e-book platform. 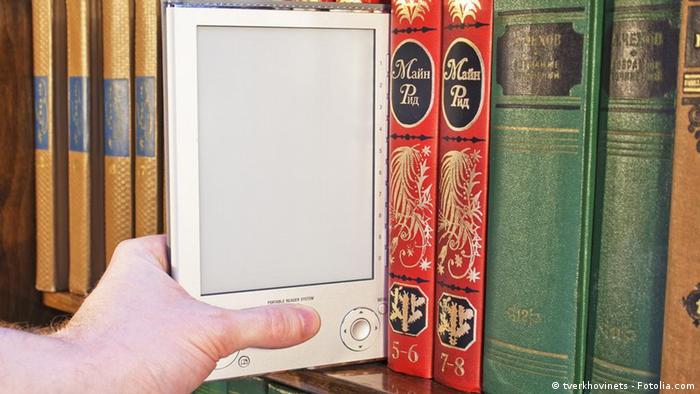 Javier Celaya, founder of Dosdoce, a Spanish analysis firm, told an audience of about 160 mostly Italian publishers in Milan on Thursday that the best way to keep their turf might be to share their content, users, and traffic across a common platform. 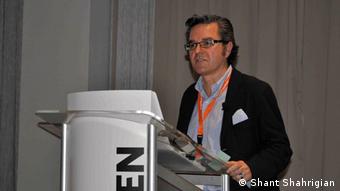 "The only way we can fight back is to create a platform that provides European cultural content at the worldwide level," he told Deutsche Welle. That would "guarantee the industries we have created for the last two centuries."

Celaya's case in point is Amazon's influence on the UK. He said the company captured 80 percent of the UK's more than 220 million euro ($290 million) e-book market within months of starting to offer e-books there. Celaya added that if European publishers do not take note, the same thing is bound to happen in France, Germany, Italy, and Spain.

The company, Dosdoce, analyzes Spanish publishing and the application of new technology in culture.

In his vision, the top two or three publishing houses in each of those countries, plus in the UK, would develop an e-commerce platform together. Celaya said they could offer two things that the likes of Amazon, Apple, and Google do not: quality translations into languages other than English, and a European imprimatur on data protection. 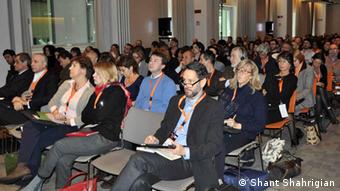 The consortium would offer the platform on a website featuring a social reader for customer behavior. Celaya said European companies would not need to develop the platform from scratch, but could build off of existing US technology.

The European Commission, the EU's executive body, has long said it wishes to create a framework for a common digital market by 2010, and introduce related legislation later this year. But EU-wide, unified rules for digital licensing, as well as anti-piracy laws, have remained elusive.

At present, national intellectual property laws make it difficult for publishers of e-books, or any other media, to easily operate and sell across the 27-member bloc.

Celaya's suggestion comes as European book sales, echoing US trends, are declining and e-book sales are growing. Among the European markets tracked by the Nielsen research company, physical book sales declined by up to 8.2 percent (as in Ireland) last year.

At the IfBookThen conference, hosted by the Italian online library Book Republic, that trend colored much of the discussion on analytics, piracy, author-editor relations, and other topics.

"I tend to be pro-EU overall," said Andrea Minini Saldini, director of new media at publishing house Giunti, "but I think who's biggest tends to lead. The others tend to follow."

The general director Italy's biggest publisher, Mondadori, was flatly against the proposal. 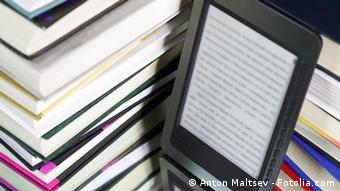 E-book cooperation is a tough pill for publishers to swallow

"Other forms of cooperation I believe in," said Riccardo Cavallero, "but not a consortium. I'm not a boy scout."

Nevertheless, Celaya said he hopes that by planting the idea at forums throughout Europe, it will find champions.

Several start-ups already off the ground also found an audience at IfBookThen. Two of them represented a growing trend of "streaming" books online in a similar way to watching videos on YouTube.

Madrid-based Justo Hidalgo, co-founder of the site 24symbols, boasted 50,000 new subscribers since the service started offering thousands of e-books last spring. The site lets users browse and read thousands of books for free, and plans to offer ad-less books for a charge.

An even newer site is Widescript, a Netherlands-based startup founded by Francisco Treacy. Similar to 24symbols, the site is currently targeting Dutch readers and wants to offer academic materials in the future.

For his part, Hidalgo said he admired the idea of a European book consortium, but thought there was a long way to go before it might become reality.

Berlin loves to buck trends. While many readers are trading their paperbacks for tablets, independent booksellers are seeing a renaissance in Berlin - from niche shops to a book hawker who can read more than just texts. (15.12.2011)

The European Commission opens antitrust proceedings against Apple as well as five US and European publishers in a case of alleged price fixing. E-book sales in Europe, compared to the United States, have been sluggish. (07.12.2011)