A SpaceX rocket has exploded after completing a test launch. Despite its fiery end, Elon Musk has called the company's most recent attempt a success. 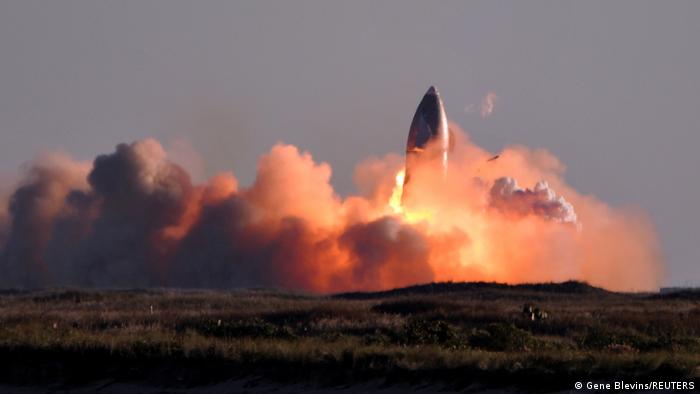 Elon Musk hopes to get humans to Mars, possibly in four years' time

The SpaceX Starship vessel exploded on landing after a successful test launch on Wednesday, according to a live stream of the event posted by the company.

The test lasted six and a half minutes and saw the ship travel several miles into the air before returning and flipping for landing.

The prototype ship, which is expected eventually to carry people and cargo to Mars, was engulfed in flames as the vessel made a speedy landing.

Elon Musk, founder and CEO of SpaceX, explained in a tweet that the touchdown velocity had been too high due to low pressure in the fuel tank, but that his team "got all the data we needed" nevertheless.

The rocket reached an altitude of up to eight miles (nearly 13 kilometers), close to 100 times higher than previous attempts.

Excitement for the launch had built up after the test launch was canceled at the last second on Tuesday in the small town of Boca Chica in Texas.

The most recent model stood at 160 feet tall and was propelled by three Raptor engines. Remnants of the rocket were strewn across the landing pad after the explosion. 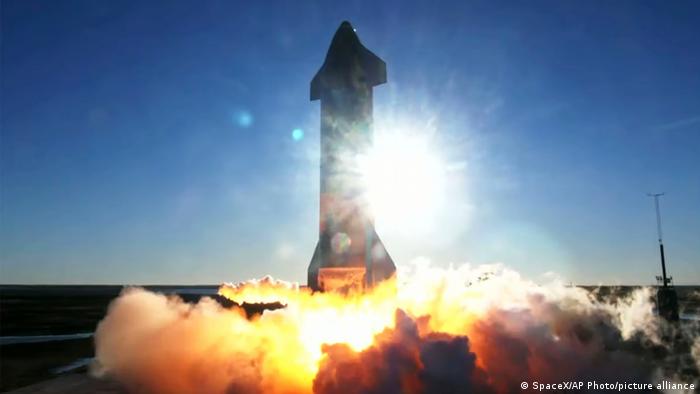 Despite its fiery ending, the test achieved much of what was intended.

Amazon CEO Jeff Bezos, who founded the Blue Origin rocket company, praised the launch, saying: "Anyone who knows how hard this stuff is is impressed by today's Starship test."

In the past month, SpaceX completed a space station supply run for NASA and carried out its second manned flight from Florida's Kennedy Space Center.

Starship is just a part of the vessel which is planned to take people on trips to Mars with the entire rocket set to stand at 394 feet tall.

Musk has optimistically predicted that the company will be able to land a human on Mars in six years — "If we get lucky, maybe four years."