Astronauts aboard the ISS are getting fresh supplies, new solar arrays — and two batches of tiny squids for a scientific experiment. 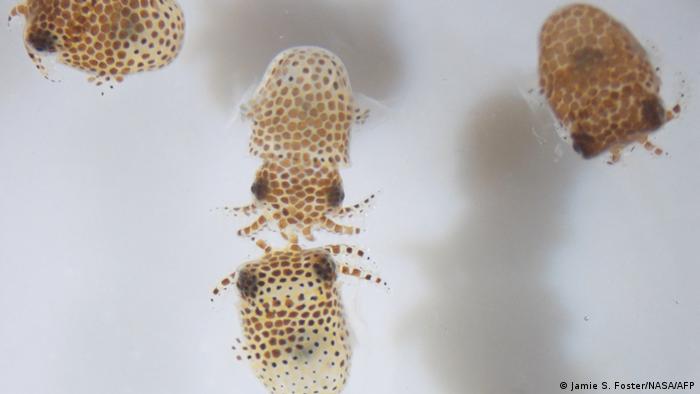 Some of the squids will be exposed to bacteria once on board the ISS, while others will be left alone

For the first time ever, bobtail squids made it into space on Thursday. They were traveling toward the International Space Station (ISS) aboard a NASA resupply mission.

The space agency sent two boxes with the freshly hatched squids, also known as Euprymna scolopes, to help astronauts study the effects of low gravity on the relationship between the animals and their symbiotic bacteria.

"Animals, including humans, rely on our microbes to maintain a healthy digestive and immune system," said lead investigator Jamie Foster from the University of Florida.

"We do not fully understand how spaceflight alters these beneficial interactions."

Why are astronauts carrying out the studies?

"Spaceflight can be a really challenging environment for organisms, including humans, who have evolved to the conditions on Earth," said scientist Thomas Boothby.

"One of the things we are really keen to do is understand how tardigrades are surviving and reproducing in these environments and whether we can learn anything about the tricks that they are using and adapt them to safeguard astronauts."

What else is onboard the SpaceX capsule?

NASA used a Falcon 9 reusable rocket to send the animals out to space. The agency is leasing the rocket from SpaceX, a private company owned by tech billionaire Elon Musk. 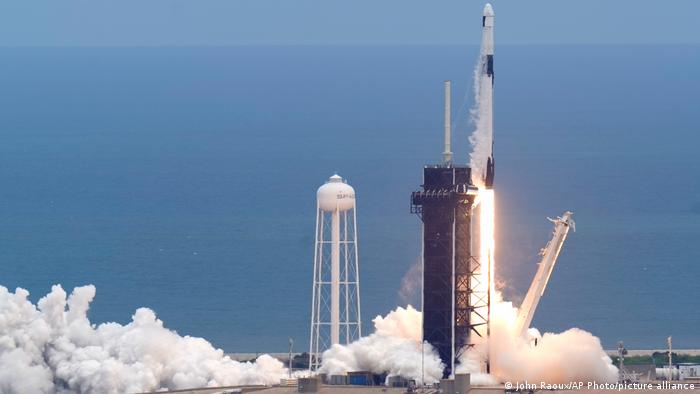 The rocket, leased by NASA, launched from the Kennedy Space Center in Florida

In addition to live animals and fresh supplies, the mission aims to deliver a new generation of solar arrays to be installed on the ISS. Astronauts will also be testing a new remote control interface with feedback based on virtual reality and touch.

The unmanned capsule is expected to dock at the ISS on Saturday.