South Korean President Park Geun-Hye has apologized for her government's failure to prevent the ferry disaster that left more than 300 people dead or missing. She said the "initial response and remedy were insufficient." 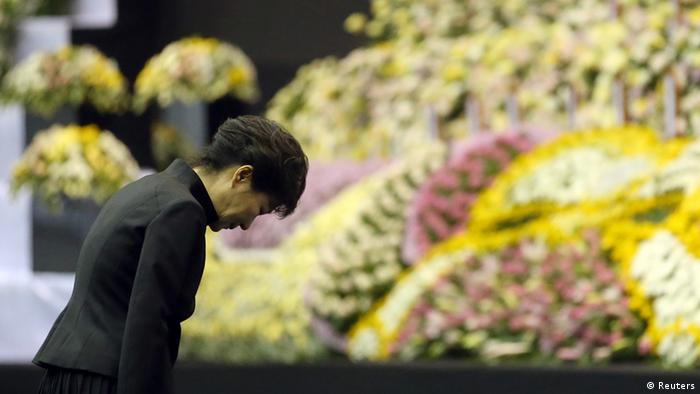 In a statement televised on Tuesday, Park expressed her regret at her government's systemic and regulatory failures that led to the deadly Sewol ferry disaster on April 16.

"I feel so regretful for having been unable to correct such long-running evils and letting an accident like this take place," she said during a cabinet address.

Park's government has been roundly criticized for the lax safety standards and perceived corruption that may have contributed to the deadly capsizing of the 6,835-ton vessel. Relatives of the victims have said the initial response to the incident, including delays in initiating the rescue, caused more people to die.

"I don't know how to apologize for the failure to prevent this accident," said Park.

South Korea "has lost many precious lives because of the accident, and I am so sorry to the public and am heavy-hearted," she said, adding that the government's "initial response and remedy were insufficient."

Divers on Tuesday continued searching for more than 100 missing passengers on the sunken ferry. The official death toll is now 193, with most of the dead or missing high school students on a school field trip.

Park had earlier paid her respects to the victims at a memorial set up in Ansan (pictured above), the city near Seoul where the high school students are from.

South Korea's Prime Minister Chung Hong-won handed in his resignation on Sunday over the government's handling of the sinking of the Sewol ferry on April 16. (27.04.2014)