The United States has signed a new military agreement with South Korea that would see US troops come to Seoul’s aid in the case of a low-level provocation by the North. This comes amid heightened tensions in the region. 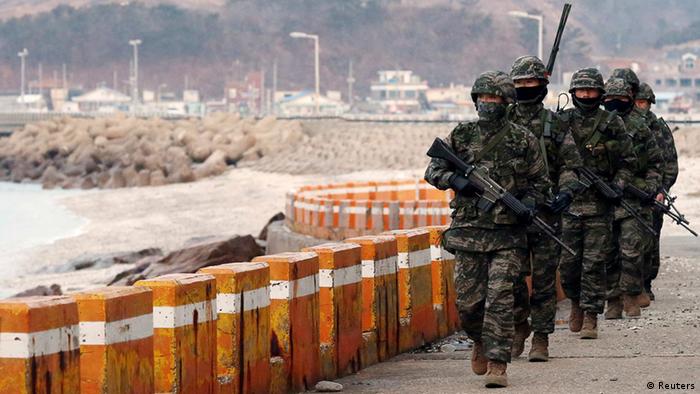 A spokesman for South Korea's defense ministry told reporters in Seoul on Monday that existing agreements provide for US support should a full-scale conflict break out, until now, there had been no provisions for such support in the case of a low-level incident.

"This allows both nations to jointly respond to the North's local provocations, with the South taking the lead and the US in support," Kim Min-Seok said. "It will have the effect of preventing the North from daring to provoke us."

Japan is its number-one ally and China is viewed with caution - Asian countries are and have been key in US foreign policy, even before former US Secretary of State Hillary Clinton spoke of the US' 'pivot to Asia.' (14.03.2013)

The chairman of South Korea's joint chiefs of staff, General Jung Seung-Jo, said the deal would provide for a "strong retaliation" that would ensure that Pyongyang would come to "bitterly regret" any act of provocation.

A statement posted on the website of the US Forces South Korea said the Combined Counter-Provocation Plan, which was signed on Friday, "improved our combined readiness posture to allow us to immediately and decisively respond to any North Korean provocation."

Among the low-level incidents the deal is meant to deter are maritime border incursions, the shelling of border islands or infiltration of South Korean territory by low-flight fighter jets or special forces units.

The deal comes just days before the third anniversary of the sinking of the South Korean warship Cheonan in the Yellow Sea, in which 46 sailors were killed. A South Korean led international investigation determined that a North Korean torpedo sank the ship, something Pyonyang denied.

Tensions have been heightened in the region since North Korea conducted its third nuclear test last month. The United Nations Security Council responded by imposing fresh sanctions on the communist state.

The US has a long-standing commitment to protect South Korea, which technically remains at war with the North despite a decades-old ceasefire that ended fighting in the Korean War. The US has more than 28,000 soldier stationed in South Korea.