The African National Congress has held talks with Afrikaner community groups after a report found that many Afrikaners living in South Africa feel alienated and disillusioned. 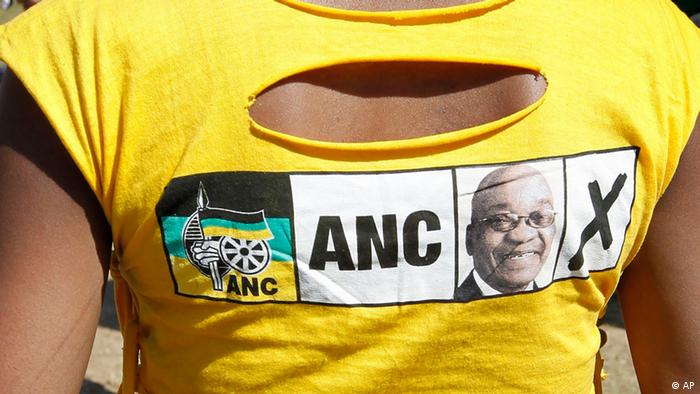 "Whether they vote for us or not, we have an obligation to understand where they are coming from and their concerns," ANC Secretary general Gwede Mantashe said after the meeting with 19 Afrikaner organisations on Tuesday, May 8.

The black-led ANC say they will continue to hold talks with Afrikaner groups over the next months.

Afrikaners are descendents of mainly Dutch and French settlers, whose presence in South Africa dates back to the 17 century. The white minority group makes up less than six percent of South Africa's population.

Some analysts say the ANC's renewed interest in wooing Afrikaners is in response to the rise of the Democratic Alliance opposition party which secured more than 20 percent of the vote in last year's municipal elections.

"[It] has more to do with the ANC's forthcoming election conference, and the political survival of Mr Gwede Mantashe, than it has to do with a real concern for the interests of minority groups and Afrikaans people," FF Plus leader Pieter Mulder said in a statement on Tuesday.

Fed up with the ANC 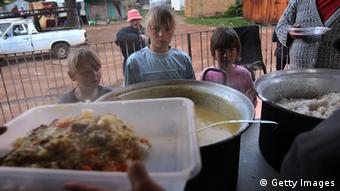 Afrikaners told DW they feel marginalised under the rule of the ANC, which has governed South Africa since the end of apartheid in 1994.

One man said, as a young white, he felt the odds were stacked against him in terms of job opportunities.

“I don't feel good in this country, there's no jobs, the white males must go one side,” another man said in reference to black affirmative action policies that many Afrikaners believe are increasing white poverty.

These men's feelings reflect the findings of a recent report that showed most white Afrikaners were fed up with their government.

In the survey, Afrikaners decried the high level of corruption, runaway violent crime records, the deterioration of the educational and health services and lack of delivery by many local governments.

The research also showed that they were unhappy about the ANC's attempts to stifle the media and to control the judiciary.

According to white academics and religious leaders, the ANC won't find it easy to woo the country's three million Afrikaners.

Dr Ella Belcher, an educationalist and editor based in the university town of Stellenbosch near Cape Town, told DW that the ANC has not been fair in its dealings. 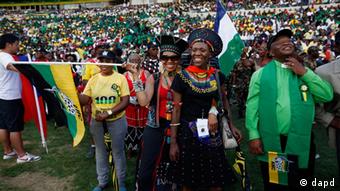 "I think the ANC is guilty of double standards," Belcher said.

"They say there's going to be accountability and transparency but there's none of that to be seen. They talk a lot but do nothing."

Belcher said most Afrikaners are keen on developing their nation, but are being made to feel unwanted.

"Many of them, I think, are becoming more and more disillusioned with the situation and feel that there isn't much hope for the future for white Afrikaans-speaking people to stay here."

The leader of a large multi-cultural church in Durban, Pastor Ray Bush, said that although many Afrikaans speakers have already left the country, those that remain are “hopeful” that things will change.

"They don't have an issue with a black government or a largely black party that is in
power," Bush said. "I don't think that is an issue as long as there is equal opportunity."

South Africa's ruling African National Congress party has upheld the expulsion of the firebrand president of its Youth League. Julius Malema had been found to have provoked divisions within the party. (25.04.2012)

Opposition wants to get South Africa's Zuma back in court

South Africa's President Jacob Zuma is facing renewed political embarrassment as a corruption case he had thought was over and done with is returning to haunt him. (16.02.2012)

The ANC liberated South Africa from minority white rule, but it has undergone a rocky - some would say incomplete - transition from liberation movement to governing party. (06.01.2012)