A slowdown in Chinese GDP growth has set many analysts' alarm bells ringing. Fresh data from Beijing suggested the world's second-biggest economy was seeing its economy faltering on weak exports. 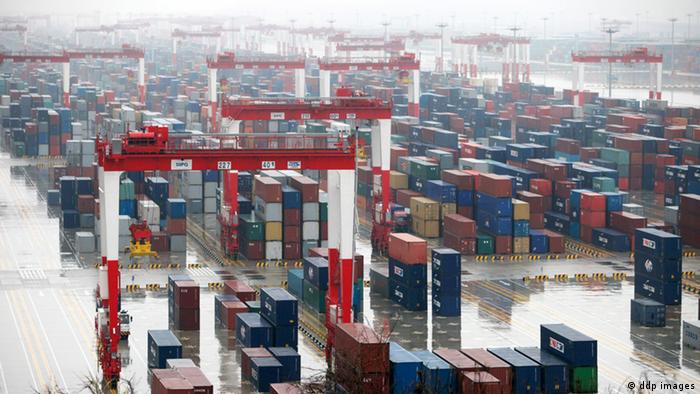 China's economy expanded by only 7.7 percent in the first quarter of this year, disappointing analysts who had penciled in a stronger gross domestic product (GDP) rise.

The National Bureau of Statistics (NBS) reported Monday that the figure for the January to March period was down from 7.9-percent growth in the previous quarter which had ended seven straight quarters of slowing.

"Those policies have created bigger pressure for the appreciation of currencies in developing countries and have made it more difficult to increase exports," he said.

Analysts expected Beijing to continue to promote investment in infrastructure in order to foster growth. "Loosening monetary policy may bring greater inflationary risks," Shanghai-based economist Wendy Chen said in a statement, adding that the central bank was unlikely to cut interest rates in the near future.

Monday's growth figures followed a survey last week showing that China recorded a deficit of $880 million (673 million euros) in March because of sluggish demand in key US and European markets. China's economy grew 7.8 percent throughout 2012, marking the slowest rate in 13 years.