Profits at online dating sites have increased in recent years as more and more singles turn to the Internet to find a partner. But with over 2,000 sites to choose from, the industry could be in danger of oversaturation. 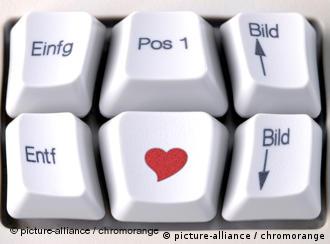 Every month around 7 million German singles are active on online dating portals, which range from personal ad platforms to full-fledged matchmaking services. And with over 2,000 German online dating sites, it would seem that these singles are spoiled for choice.

This, however, isn't necessarily the reality as the public loses track of which sites are actually useful, according to Henning Wiechers, CEO of Singleboersen-vergleich, an online portal that rates dating websites in Germany, Austria and Switzerland.

"One site buys another one, and others go under; they're not able to continue with their marketing expenses because they don't earn enough," he said. "So really there are only about 20 sites which are relevant and of good quality for singles."

Although many areas of e-commerce tend to be dominated by large American companies, Wiechers said seven of Germany's top 10 online dating platforms are "made in Germany." This feat, however, has less to do with the business and technical savvy of the German companies than it does with the failure of foreign companies to truly understand the target market.

Another downfall was when US companies asked Germans about hobbies like baseball or American football. 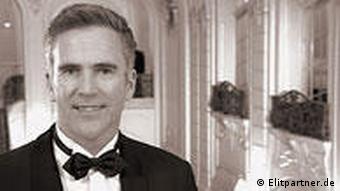 Similarly, German companies have made few inroads abroad, which makes holding ground in the domestic market all the more important. Carving out a niche like Hamburg-based ElitePartner is one way of ensuring a healthy bottom line. With a slogan that translates to "Singles with Class," ElitePartner targets high-income singles with a university education. Profits at ElitePartner have been on the rise ever since the company was founded in 2004 and last year's turnover was over 20 million euros ($25 million).

Other leading websites, like FriendScout24, are enjoying similar success despite targeting mainstream Internet users. The Munich-based platform said it registers thousands of new members every day.

Further testament to the strength of the online dating industry is that its growth hasn't been stunted by regular social networking sites like Facebook, which offer up a load of new contacts for free.

"People don't want to do dating activities when the other guy or girl can get a lot of information about yourself, such as who your friends are and which company you work for," Wiechers said. "People like to separate online dating activities from their social life on the Internet."

But despite its success, the online dating industry isn't without its critics. Dortmund entrepreneur Jessica Habermann started her own real-life speed dating business after a number of frustrating experiences online. 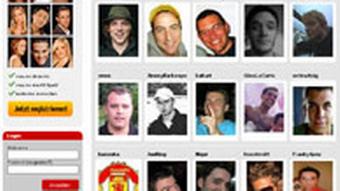 Critics of online dating say that it's too impersonal

At her events, men and women chat with each other for a few minutes until a bell signals them to move on to the next person - but not before they tick a box to indicate their interest in their conversation partner. According to Habermann, an Internet profile doesn't even come close to this kind of face-to-face interaction.

"You see a photo on a dating site, think, 'Ok, he looks great.' Then you meet him and say 'Oh my God, I have to get out of here,'" she said. "Because it's not just his photo, but how tall he is, how he smells and other details like this."

Potential partners always on the Net

Online dating companies like ElitePartner however stand by their claim that the Internet is the ideal medium for finding a partner.

"Every fifth German Internet user has already found a partner via the Internet, and this number is even higher in big cities like Hamburg, Munich or Berlin," said Anna Kalisch, ElitePartner's publicist. "This is because the Net is always available. It doesn't restrict your dating chances to a Saturday night."

Beauty may only be skin deep, but for the people at the online dating Web site BeautifulPeople.com, those few millimeters of dermis make all the difference. (16.11.2009)

With its chats, platforms and bulletin boards, the internet has become the courting place of the 21st century. Still, Germany lags behind in the e-love trend. (30.06.2007)

Salacious smiles in the subway, turgid tete-a-tetes on the tram -- Berliners can pursue true love by contacting people they randomly see on public transport. What better reason to leave the car at home? (20.02.2007)