Sierra Leone's deadly floods and mudslides were 'a man-made disaster'

Floods and mudslides that left more than 400 people are believed to have been man made. and could have been avoided, according to a leading environmentalist. 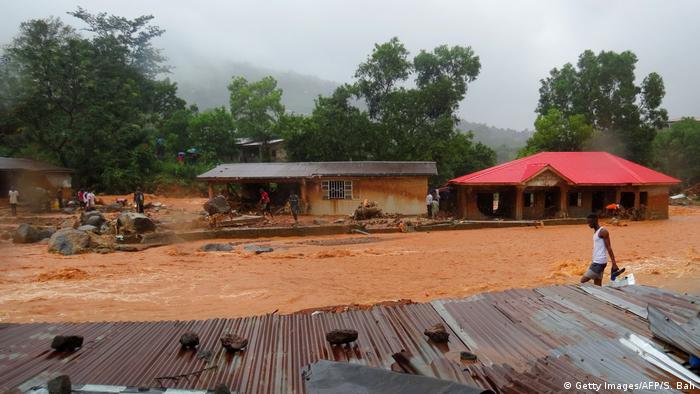 Joseph Rahall, executive director of Green Scenery, a non governmental organization working in Sierra Leone to promote and enhance environment and human security, told DW that poor construction led is one of the factors that led to the recent deadly mudslides.

DW: What do you think were the underlying causes of the mudslides in Sierra Leone?

Joseph Rahall: Well - we attribute all of this to anthropogenic activities, meaning our human activities. When you look at the, Sugar Loaf, which is one of the highest mountains in Freetown, there have been a lot of human activities there in terms of removing the forest cover and constructing houses. People fail to realize that those parts of the city are not sitting on firm rocks. They are sitting on red earth (soil) which becomes easily saturated with water. And when that happens, it means then that there are possibilities that it can cleave off. So, that must have been the cause. For me however, the cause has been a long-term effect because human beings are constantly working on construction. They have been interfering into the structure of that hill, to the extend that the soil must have given way gradually until now when  there has been this rain pour and the soil can no longer hold and erosion is taking place. The other issue of flooding is, we have done so much deforestation. So now what happens is - when it rains the water just slides down and finds it way into a bigger mass. We see the effects of it all around the city. This is because of the construction of houses, settlements have expanded to such an extent that we are now close to two million people in the city. But above all our drainage system is also very poor. 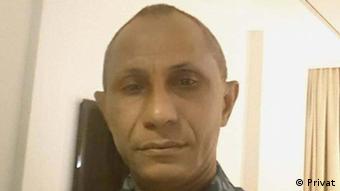 Do you think Sierra Leoneans are aware of the seriousness of deforestation?

My organization and many others in the country environmental organizations in the country, have always been talking about this. Government has always been saying that areas which are not meant for construction to take place should be abandoned. There have even been Government projects to put down structures. Politics as it is, is always finding its way into these activities. So yes, people are aware and they are conscious, but they just want to construct houses and have a place to sleep. That is how I see it. Also because land is very scarce the people who can afford it are now moving up the hills to construct. They can afford building fancy houses that may not be practically very strong.

Regarding the agricultural ministry and the land ministry, do you think they are working together?

There has always been contention between the two Ministries. There will be those in the forestry department (under the Ministry of Agriculture) that will say that it is not good to construct houses in disaster prone areas. But then officials of the ministry will say, you are just talking about the forest, but we own the land and we have every responsibility to ensure that land is made available.

What do you think should be done to prevent such incidents from happening in the future?

I really think that houses constructed in certain areas where they are not supposed to, should be brought down and government should take a firm position on this. Where applicable if they are ways that people can be resettled or given land in other places, let them do so. The Government and Ministries should find ways to help out in that direction. As these areas have been declared as protected areas, they should then be protected.

Together with Welt Hungerhilfe have done an expensive job with other partners like ENFORAC demarcating the forest area in Freetown to ensure that no housing construction takes place beyond certain points. But that was met with resistance from communities and various people and at the end of the day it has not been very effective.

The government has an annual tree planting drive. However, even though the trees are planted, land grabbers simply go back into those areas and burn down the trees in order to repossess the land. So, there is this disrespect for regulations and laws by Sierra Leoneans.

Joseph Rahall is the Executive Director of Green Scenery in Sierra Leone.

The Interview was conducted by Lina Jah

Sierra Leone has begun Thursday mass burials of the hundreds of victims of the deadly flooding and mudslides that hit Freetown. A third of the victims were children. Red Cross has said about 600 are still missing. (17.08.2017)